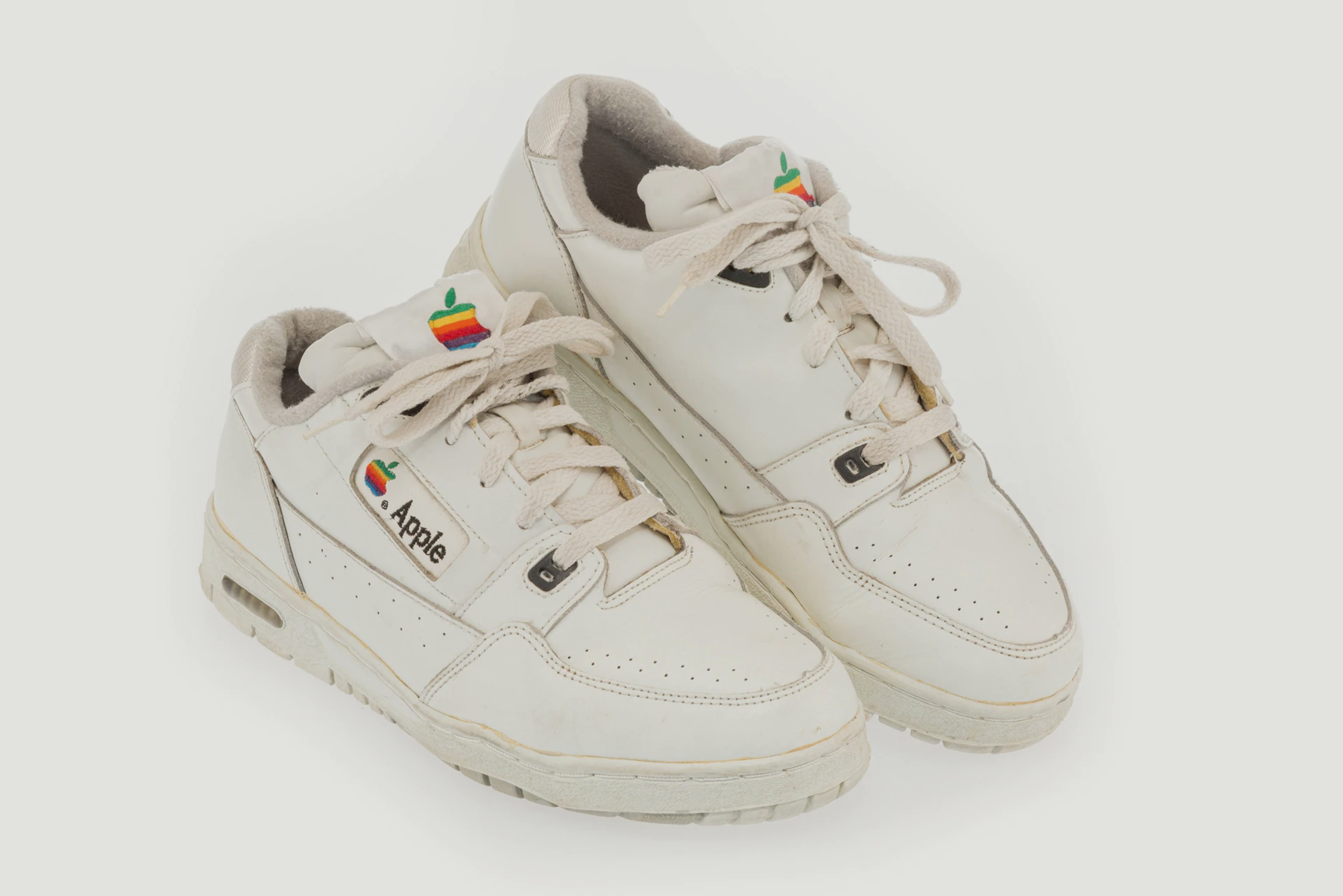 Every now and then, a pair of rare Apple sneakers makes its way onto the auction block, and when it does appear, tech and footwear fans alike are willing to dish out large sums of cash to acquire the vintage shoes — including a pair that just sold for almost $10,000 USD yesterday.

According to a new report from Gizmodo, the used vintage Apple sneakers — in size 9 1/2 — were listed on Heritage Auctions and eventually sold for $9,687.50 USD. According to the listing, the shoe was made by Apple in the early 1990s and was only given out to their employees, making this one of the more obscure sneakers in existence.

It’s worth noting that a brand new version of the same Apple sneakers was also listed on Heritage Auctions back in June 2017 with the starting bid priced at $15,000 USD, but ultimately went unsold. Meanwhile, a different model of Apple sneakers was sold in used condition later that year for over $10,000 USD.

“The tech company’s prototypical shoes tend to generate an online wave of nostalgia every time a pair surfaces, and in the midst of a nostalgic boom that’s currently taking place in the world of high fashion, they’ve even caught the eye of some iconic designers as well,” reads a report from GQ. “If a 2018 post from Versace sneaker VP Salehe Bembury was to be believed, these legendary pieces of tech (and sneaker) memorabilia could one day even be set to receive a high-fashion reboot, with Versace looking to enter the retro sneaker fold by introducing a pair of trainers that take a number of design cues from Apple’s storied shoes.”

The sneakers are the second high-profile Apple auction to drop in recent days. A couple of weeks ago a pristine and fully-working Apple-1 computer sold at auction for a whopping $458,711.25 USD.

It seems that rare Apple products are just as popular as the company’s phones and tablets. Various other auctions have happened over the years with things like Steve Jobs’ leather jacket selling for $22,000 USD, his business cards fetching $10,000, and more.