The Atlantis Motor Group has just put up a replica of an Apple-sponsored 1979 Porsche 935 Le Mans race car for sale priced at US $499,000 (via Apple Insider). The extremely rare piece of Apple’s history can also be snagged for US $4,415 per month from the DuPont Registry. 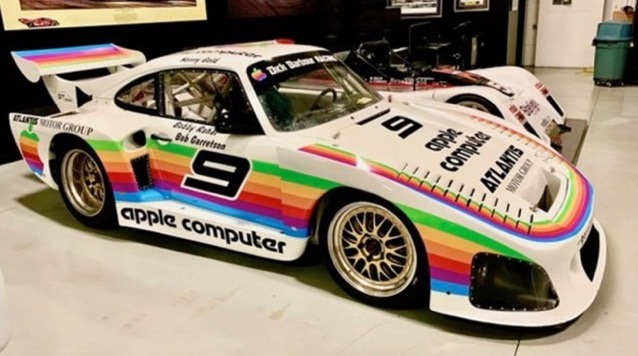 The Apple-sponsored 1979 Porsche 935 was originally operated by Dick Barbour Racing, a team that had Apple as its main sponsor for its 1980 season.

According to The Drive, the car had a short track career, finishing second at Riverside and Sears point amid lower-placed finishes and failures to cross the finish line. The car also competed at Le Mans but retired 13 hours into the 24-hour race.

The car in the DuPont Registry is not the original vehicle, however. The original is part of celebrity Adam Carolla’s car collection, bought several years ago for $4.84 million, and is currently estimated to be valued at between $8 million and $10 million.

According to the product listing for the replica, the Porsche 935 K3 being sold actually contains a number of GT2 components, including a 3.8 TT build by Bob Holcomb, a GT2 6-speed transmission, and a double wish-bone 993 rear suspension module.

You can get more information about the replica at this page.

According to the European Union's final deadline, all new phones sold in the region, including future iPhones, will have to use USB-C for wired charging by December 28, 2024, The Verge is reporting. The EU’s new USB-C legislation, which has just been published in the bloc’s Official Journal, the rules will officially enter into force in...
Usman Qureshi
43 mins ago