For the first time ever, Apple has become a sponsor of the Super Bowl 50 Host Committee, which is responsible for everything from public transportation to logistics to financing, though it is not sponsoring the game itself. According to Yahoo! Finance, the Super Bowl was financed privately this year, raising $50 million from sponsors including Apple and Uber. The Committee has however not disclosed how much each individual sponsor gave. 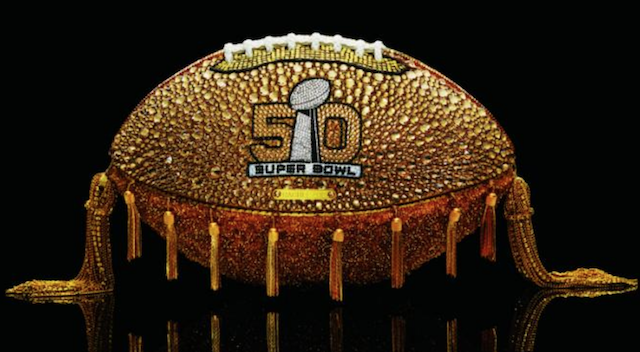 A new host committee for each Super Bowl is assembled almost three years in advance. The Super Bowl 50 Host Committee was formed in September 2013 after San Francisco’s Levi’s Stadium won the bid to host it that May. The report highlights that this year’s host committee received no money from the state government or local tourism authority. Instead, Super Bowl 50 was privately financed with money from blue-chip corporate sponsors.

“Super Bowl sponsors get signage around the stadium, the chance to bring corporate guests who in turn schmooze with sales and marketing executives, and activation opportunities before the game, like Super Bowl City, presented by Verizon, or The City Stage, presented by Levi’s—designated areas that will be open to the public in the Bay Area during the weekend of the game.

Apparently Apple doesn’t much care about the rights to the NFL logo. Instead, Apple believes that the NFL should pay them for the right to use their mark, because their mark is more valuable than the NFL shield.

To read more, hit up the source link.

Brazil's Federal District Consumer Defense Institute (Procon-DF) earlier this month confiscated hundreds of iPhones from retail stores in the nation's capital of Brasília over the lack of a charger in the box — reports Tecnoblog (via Macworld). This marks the latest escalation in Apple's ongoing conflict against Brazil over the tech giant's removal of chargers from...
Nehal Malik
12 mins ago