Apple is highlighting the work of emerging LA filmmakers, who are creating short films with small budgets using its products like the MacBook Pro and Final Cut Pro X. In a recent press release, the tech giant has detailed how a crew of 10 students from Hollywood High School, helmed by 17-year-old director Celine Gimpirea, are transforming a corner of the Calgary Cemetery into a movie set. 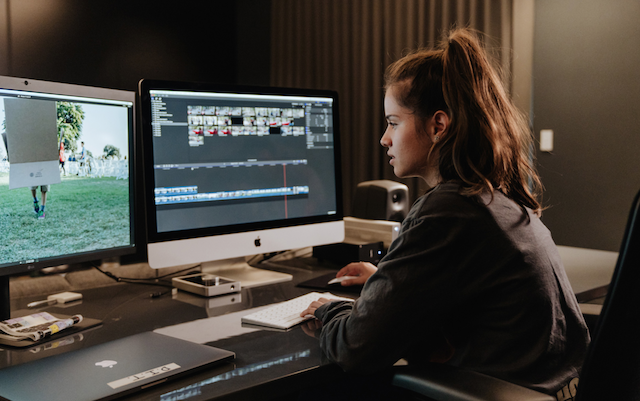 Apple notes that Gimpirea’s team is one of the three teams of filmmakers involved in a month-long filmmaking workshop connecting creative professionals with emerging talent. The teams worked tools like the MacBook Pro, iMac and Final Cut Pro X, as well as the RED Raven camera for shooting, and worked alongside Apple Retail experts and industry pros.

Post-production supervision is being provided by an LA-based independent filmmaking collective We Make Movies, helping the filmmakers realize their visions.

“In the documentary La Buena Muerte, produced by instructors from the Mobile Film Classroom, a nonprofit that provides digital media workshops to youth in under-resourced communities, the filmmakers examine mortality and family bonds surrounding the Day of the Dead, the Mexican holiday honoring lost loved ones. And in The Dancer, director Krista Amigone channels her background in theater and choreography in New York, her home state, to tell a personal story about a dancer confronting the afterlife.

Among the first mentors to view The Dancer was Sean Baker, director of 2017’s Oscar-nominated The Florida Project, as well as the 2015 feature Tangerine, shot entirely on iPhone 5S. Baker, who edits his own films, wielded the iMac keyboard himself while surveying clips from Amigone’s shoot.”