It seems that Apple is now advertising its own built-in iOS apps and features in the App Store search results with common search terms like ‘web’, ‘SMS’ or ‘browser’ in iOS 7, MacStories reports. The special search results for Apple apps in iOS 7 App Store show Safari, Messages, and iTunes with a large icon, a description and a link to ‘learn more’ or ‘open’ an app (as shown below). 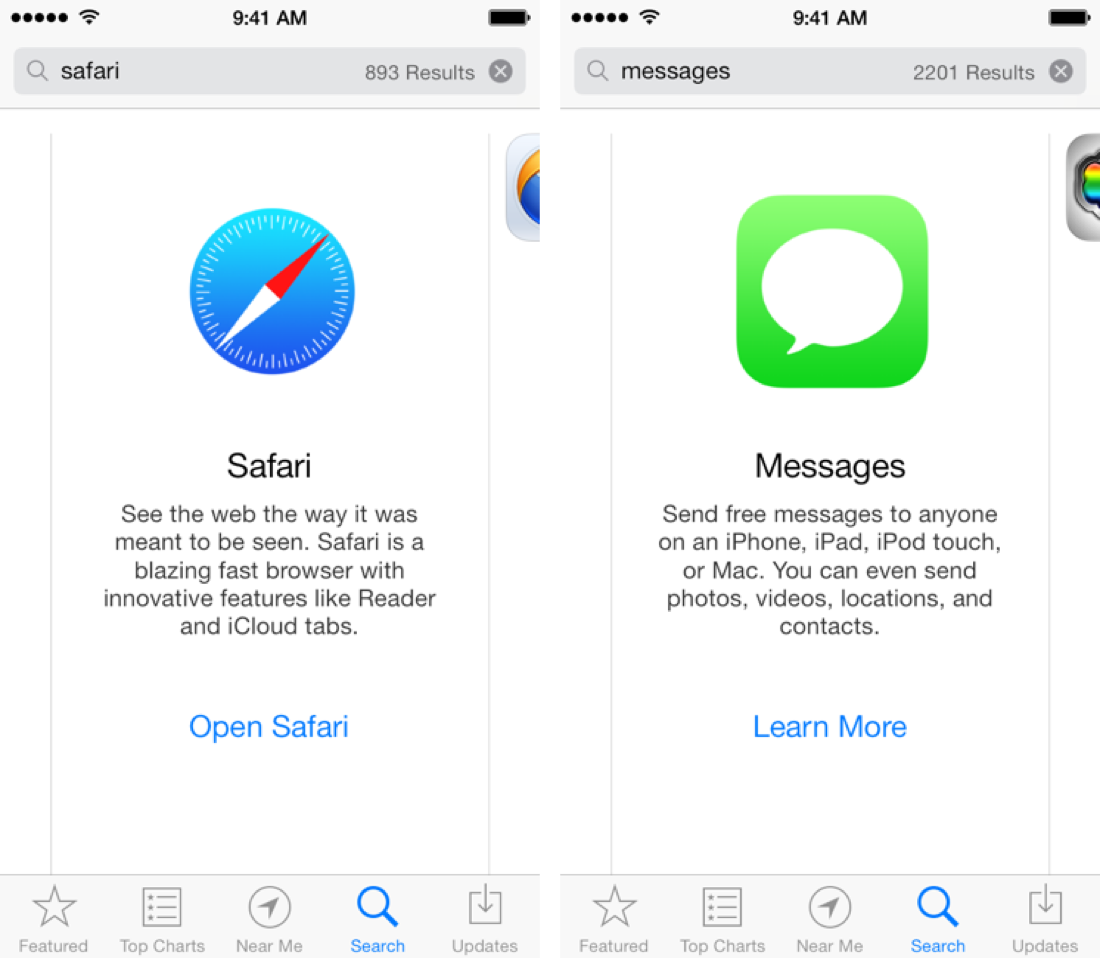 So far, these results are appearing in the App Store for iOS 7 devices only, and are yet to be seen in Mac App Store or iTunes search results. It is interesting to note that Apple isn’t showing special results for third-party apps, but instead it is educating customers on how to find or read more about native iOS apps and features that they have likely heard about before getting an iPhone or iPad.

“It makes sense for the company to have another way of telling users that iCloud is a built-in feature and not an app, or that Safari is “the app to browse the Internet” that they already have. While Apple has made enhancements to iOS’ initial setup process in the past few years, there are always less tech-savvy users who assume that every app is on the App Store, that “the cloud” needs to be downloaded on a device, or that Siri is a utility they don’t have on their iPhone or iPad. With these results, Apple is either linking back to a native app or a webpage; for iCloud and Messages, they’re pointing customers to product and setup pages.”

We are yet to see apps like Reminders, Calendars, Mail, Music, or Notes pop up in the search results, but if you do, don’t forget to let us know in the comments section below.