A couple of weeks back when Apple sent out official invitations for the new iPad launch event, its stock (AAPL) climbed to a new lifetime high taking the company’s market capital to over $500 Billion. Today, AAPL touched the $600 mark for the first time ever as trading opened this morning. It did however come down to $594 by the end of the day. 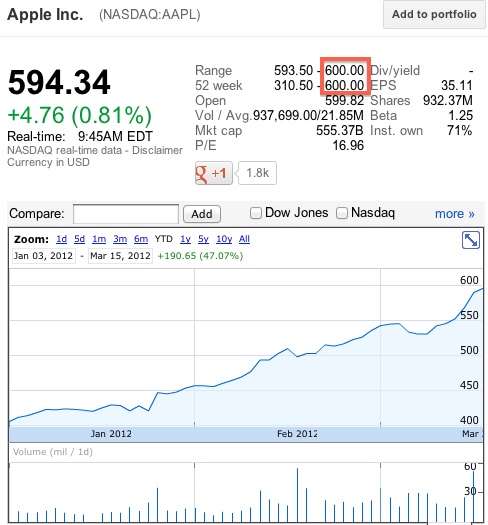 Just to give you an idea, Apple is currently the most valuable publicly traded company in the world, worth nearly $560 billion, more than $150 billion higher than second-place ExxonMobil.