“While Apple’s significant capital return program is well known by the market, we do not believe the market is giving enough credit for the financial impact (or, if it is, then organic growth is being understated, in our view),” Muller wrote. 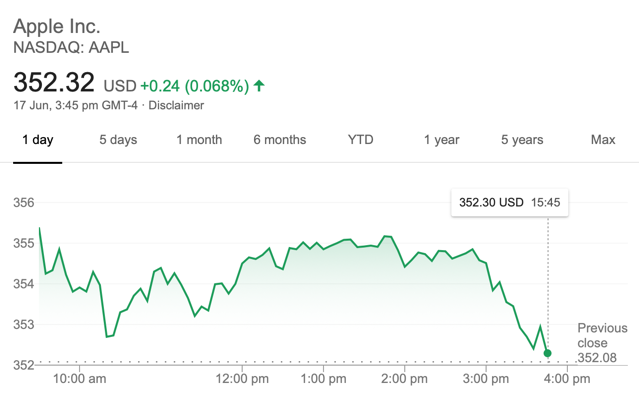 The analyst predicts that if Apple sustains its current pace of about $70 billion in annual stock repurchases, it could see roughly 4% annual growth in earnings per share over the next few years, even if the company sees no organic growth.

“What this implies, to us, is that the potential uplift from the upcoming 5G upgrade cycle is being discounted by the market (in addition to recent robust Wearables and Services growth as well as any potential future product innovations),” wrote Muller, who has an outperform rating on the stock.

Apple shares have grown nearly 40% over the past three months with the Dow Jones Industrial Average DJIA increasing 24%.