Apple is the world’s largest company in terms of stock valuation at $383.31 billion, exceeding Exxon Mobil’s market cap of $359.85 billion. AAPL stock closed at $413.45 per share at the end of today’s trading, and in after hours it’s already up to $414.99 per share. It reached its all-time high today at noon when it was trading at $422 per share.

In early August, Apple and Exxon traded the title back and forth as the most valuable company, but now Apple appears to have taken the outright lead by more than $24 billion dollars.

Take a look at the phenomenal growth of Apple as seen the following 5 year chart: 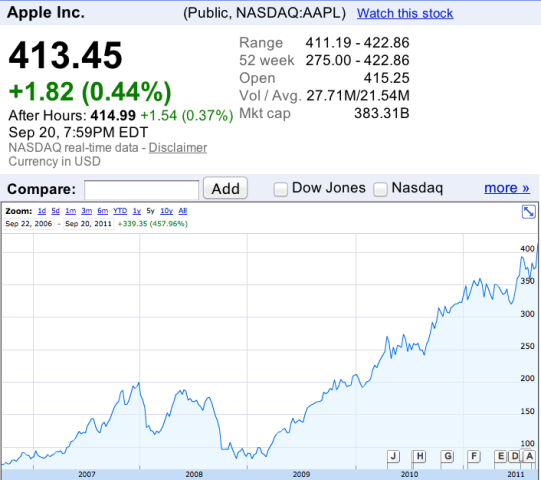 When the original iPhone launched back in July of 2007, Apple’s stock was trading at $132 per share. Times sure have changed.