Apple, one of the most widely held and closely watched stocks, nearly hit its record high in Monday morning’s trading session. With the day’s gains the stock is now less than 2% from its all time high of $134.54, which it hit back in April of 2015. 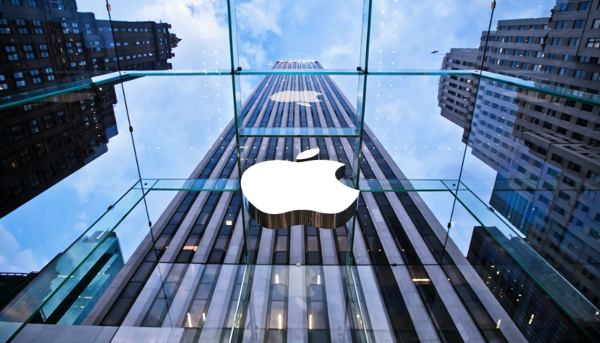 The stock’s rally comes after Goldman Sachs raised its stock price target to $150 from $133, citing optimism over major features to be introduced in new iPhones, especially the highly-anticipated iPhone 8, reads a new report from the Wall Street Journal.

The stock’s climb hasn’t been without bumps. Slowing iPhone sales have led some analysts to declare “peak iPhone,” and the company has missed revenue estimates in two of the past four quarters. But there are still many believers, and especially with the massively-hyped upcoming iPhone 8, investors are predicting the company’s share price to climb even higher.

The iPhone 8 is expected to be released in September. The premium handset is rumored to feature a glass sandwich design, borderless OLED display, invisible home button and fast or wireless charging. It also might include augmented reality and facial recognition capabilities.

Many analysts expect Apple also will come out with an iPhone 7S and iPhone 7S Plus this fall. Those handsets will be upgraded versions of the current iPhone 7 series, while the pricier iPhone 8 will feature a more radical redesign.