The Apple Store iOS app has a new freebie, as photo editing app infltr is the latest offer available via promo code.

Download infltr for free on the #AppleStore iOS app! Just scroll down

Normally priced at $1.99 USD, what makes infltr different is its endless number of filters. The developers describe themselves as “a new type of photo app with an infinite number of filters. Just touch the screen and see the filter instantly change. There’s nothing simpler, or more beautiful to use.”

How to download infltr for free? Open the Apple Store iOS app, scroll down until you see the ‘Featured App’ section, tap it, then at the next screen, tap ‘Download now for free’, which will then provide you with a promo code to redeem. 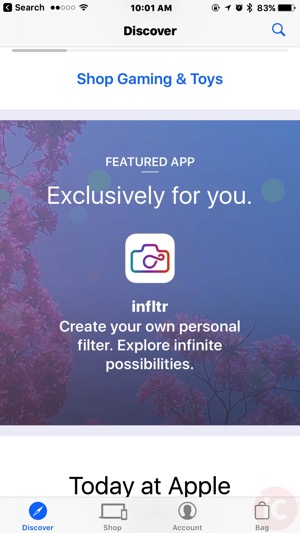 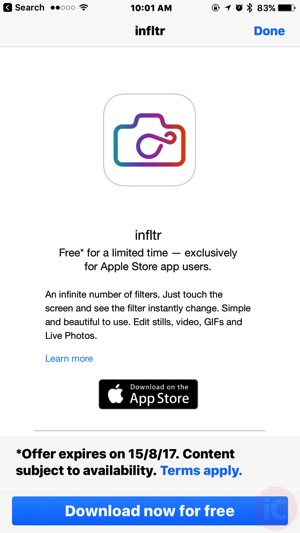 If you need yet another photo editing app, check out infltr, as it’s available until August 15, 2017.