The Apple Store Carrefour Laval in Quebec is currently undergoing some major renovations. The existing location is boarded up with black-painted walls and on the front a message to customers notes a new store is coming. This is further confirmed via their retail website which shows the following message:

We’re setting the stage for a brand-new Apple Store. Visit our temporary store located near mall entrance #3 near Zara. 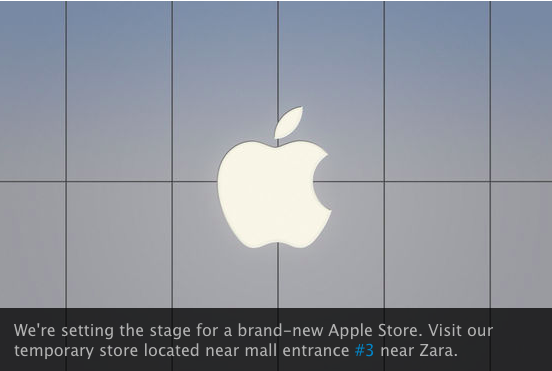 Below is a picture of the location (thanks Jeff!): 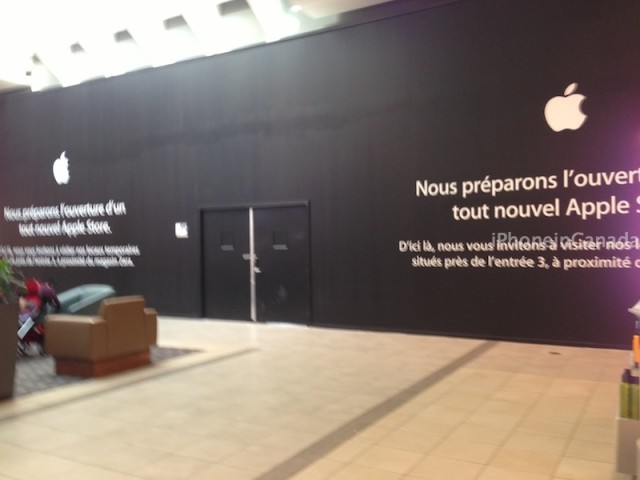 As Apple continues to expand its product line up larger retail locations are required to keep up with customer demand. Earlier this year the Yorkdale Apple Store relocated to a larger and newer location within the same mall complex and also the Market Mall Apple Store in Calgary also expanded and celebrated with a grand re-opening. We would expect the same to happen to the Carrefour Laval Apple Store (free t-shirts again!).

For those in the area, what did you think of the old store before the renovations started?