Chinese New Year begins on February 8, and Apple is jumping into celebrations for the first time, by offering workshops at its Apple Stores to teach customers how to create their own greetings for loved ones on iOS devices. 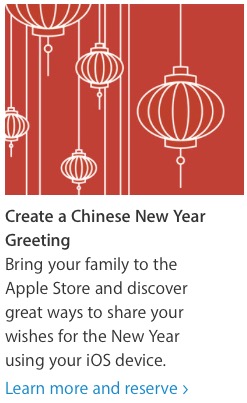 Below is the workshop description:

Create a Chinese New Year Greeting with your Family:

Add more joy to your greeting this year and get the whole family involved in this hands-on workshop. We’ll start by sharing traditions and exploring how to incorporate them into your project. Create a short movie, capture and edit a family photo, illustrate an inspiring greeting or record a special message with your family. Then we’ll show you how to send and share your warm wishes for the new year. Each family member must be registered individually.

The new workshop will be available at over 100 Apple Stores worldwide, including the following 10 Canadian locations: 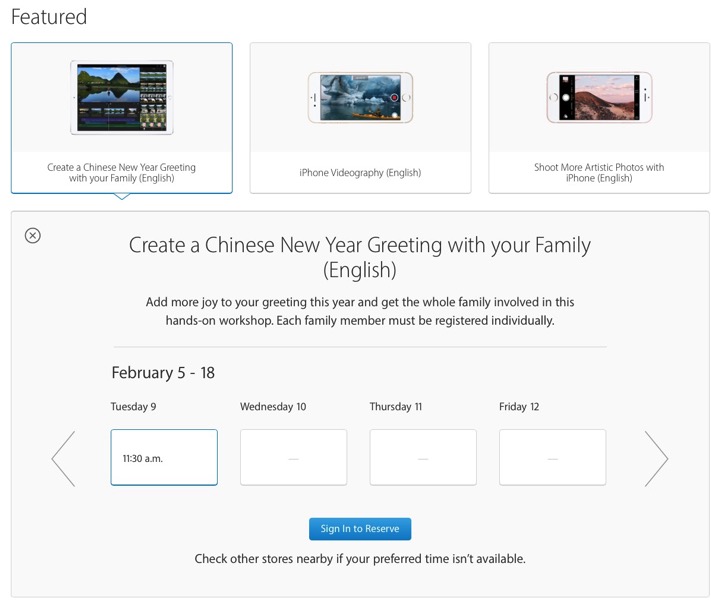 Workshops are offered in English, French and also Mandarin and Cantonese. You can click here to book your workshop time online from Apple’s website.