Tonight while out at Oakridge Mall in Vancouver, I noticed the Apple Store had a very interesting Christmas display. Similar to yesterday’s new iPhone 4 FaceTime commercial, it once again is Santa using FaceTime with children, families, Ms. Clause, and elves. There’s a large iPhone playing a loop of endless magical FaceTime moments.

Here are a couple pictures I snapped up: 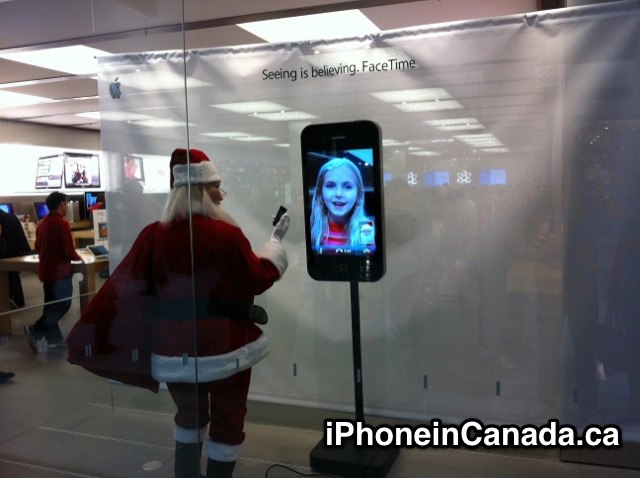 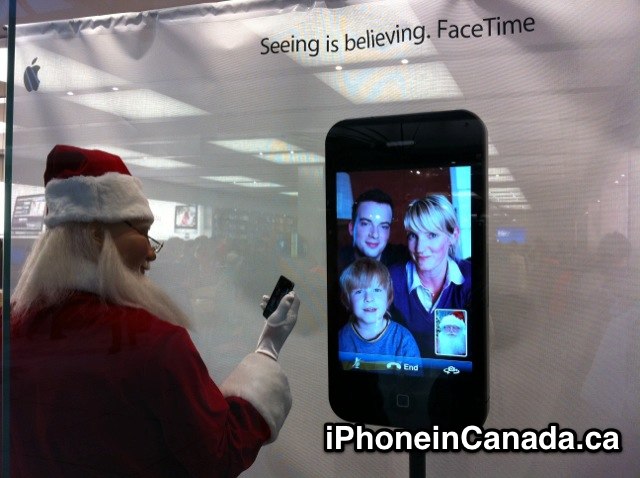 If only FaceTime was around when I was younger so I could chat with Santa. Today’s generation of kids sure are lucky!