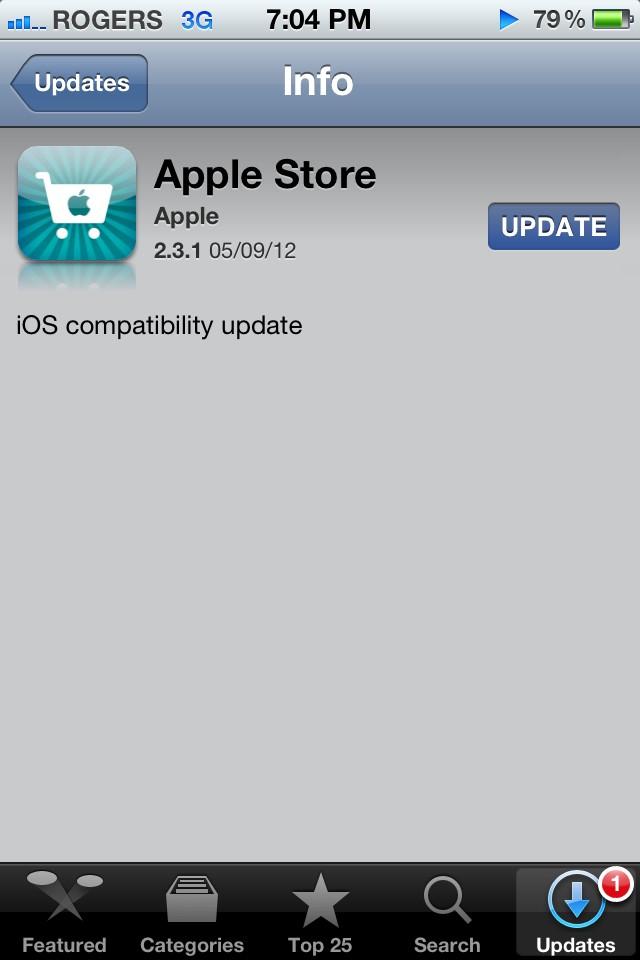 Well folks, iOS 6 will be released soon. Apple has updated their Apple Store application minutes ago with the description “iOS compatibility update.” It has been months since we last saw an update to iOS 5; allowing us to assume this is for a final release of iOS 6

Looking back at history, iOS 5 was released a week after the iPhone 4S announcement, also two days prior to the iPhone release. The question this year is will Apple release iOS 6 before the event? I find the situation very unlikely, the update likely correlates with a release promptly after the keynote.

Apple will hold the ‘iPhone 5’ event next Wednesday at the Yerba Buena Center in San Francisco. The next-generation iPhone is forecasted to launch with iOS 6; contributing to the fact the Apple Store application received a iOS compatibility update.

The application update also indicates that Apple has their iOS 6 GM update prepared to seed to developers. The GM update is usually Apple’s last update to iOS beta.