Apple Store Down Ahead of iPhone 7, Apple Watch Series 2 Pre-Orders

Yep, we’re approaching that time folks—iPhone 7 and iPhone 7 Plus pre-orders tonight at midnight pacific standard time, and a convenient 3AM wake up for those in the eastern time zone.

Tonight will also see pre-orders kick off for Apple Watch Series 2 as well. 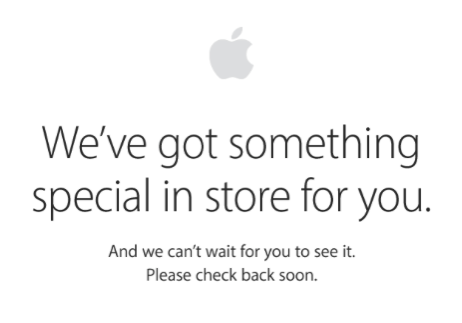 As we previously stated, the best way to pre-order your iPhone 7, iPhone 7 Plus or Apple Watch Series 2 is to use the Apple Store iOS app. It normally goes online much faster than the Apple Store on the web.

Tonight, keep an eye for Reserve & Pickup within the app, like last year for the iPhone 6s. This option allows users to reserve an iPhone to pick up in-store, then decide whether they wan an unlocked device or one on contract, with payment settled at stores.

Bell will start iPhone 7 pre-orders at 12:01AM PDT/3:01AM EDT (TELUS should follow shortly), while Rogers will start at 3AM PDT/6AM EDT.

See you at midnight PDT, folks! Just over five hours to go…