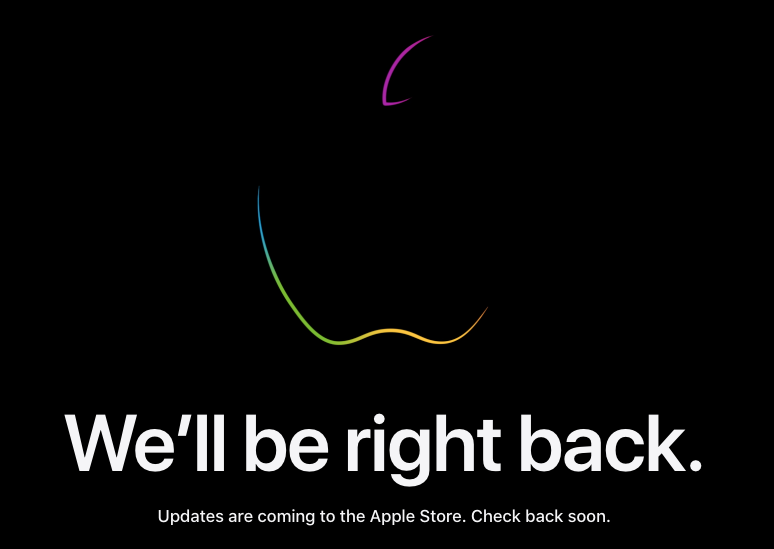 Earlier this morning at 4AM PT/7AM ET, Apple took down its online store, a sign it’s prepping new products, ahead of its “Time Flies” special event.

For those new to following Apple events, the company always takes the store offline to prepare its new product pages and more, ahead of unveilings.

“Well be right back. Updates are coming to the Apple Store. Check back soon”, reads the Apple online store when you try to buy something.

Apple’s online store will go back online once the company concludes its special event presentation. Today, Apple is expected to debut Apple Watch Series 6, a low cost Apple Watch, a new iPad Air and possibly more, such as AirTags.

Apple CEO Tim Cook this morning at 4AM PT/7AM ET, said “Good morning! T-minus 6 hours! #AppleEvent”, in a tweet that appears to be timed with the Apple online store going offline.

Stay tuned here for all the updates from today’s “Time Flies” special event, set to kick off at 10AM PT/1PM ET.