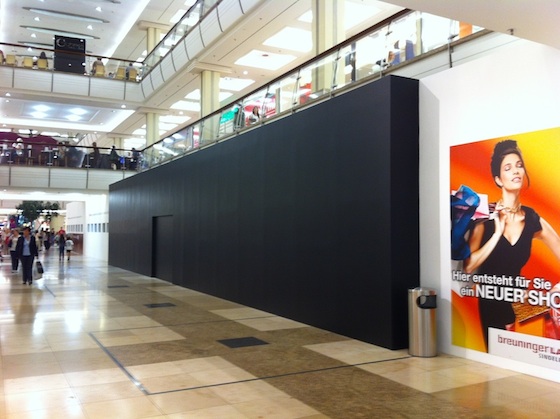 We mainly cover Canadian Apple store grand openings, but some recent speculation and rumors regarding a Germany Apple retail store may further prove the iPhone will be released on September 21st. Inside a Sindelfingen mall, an Apple store was previously advertised to open on September 22nd, just a day after the most recently discovered September 21st purported release date, reports iFun.de,

While that advertised grand opening was announced at the beginning of August, most recently a source of MacRumors claims the store has plans to open Thursday, September 20th. This is one-day ahead of the alleged release, creating additional reasoning to conclude the 21st may be the release point. Just think, why would they all of a-sudden move the grand opening two days ahead?

An Apple store in the United States also experienced a similar grand opening change around the New iPad’s launch. Rather than the originally noted March 17th opening, the store was rumored to open a day early on March 16th at 8:00 AM, the same day as the iPad was released.

The change hasn’t been officially verified by mall officers or Apple, so this could very well be a hoax. This was worth noting though because of the situation earlier this year. I would imagine invites would be sent out for the event within a few days; just stay tuned with us to keep updated.