Apple this afternoon updated its Apple Store iOS app to version 3.0, which brings an overhaul of the interface, with new larger images displaying products compared to before.

What’s New in Version 3.0
– Now start shopping on one device and finish on another, or even on your Mac or PC.
– Find out about upcoming events and workshops at nearby Apple Retail Stores using the new Stores tab on your iPhone.
– On iPhone and iPod touch, there’s an all-new design with more refined navigation and imagery. 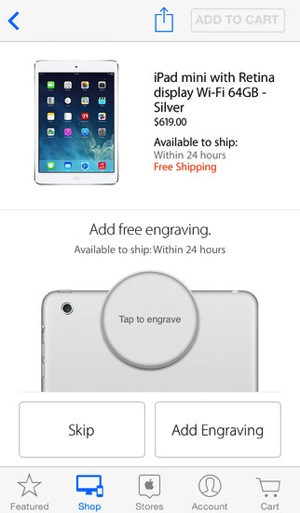 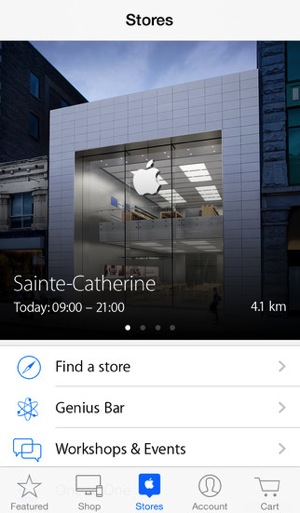 Update: The free app download is still available under the ‘Stores’ tab–just scroll down further. You can also bet Apple has optimized the app to prepare for the upcoming onslaught of iPhone 6 and ‘iWatch’ pre-orders, should they become available next week after their September 9 media event.