We gave you details about Apple’s new retailing features such as in-store pickups for online orders as well as enhancements to the official Apple Store iOS application that will incorporate a feature dubbed as “EasyPay”. There have been reports claiming that the new retail system will go live some time today in the US, which seem to be true as 9to5Mac has just posted a snapshot of Speck iPhone Case with a blue tag on top that says:

Use the Apple Store App on your iPhone to pay for these products on your own. 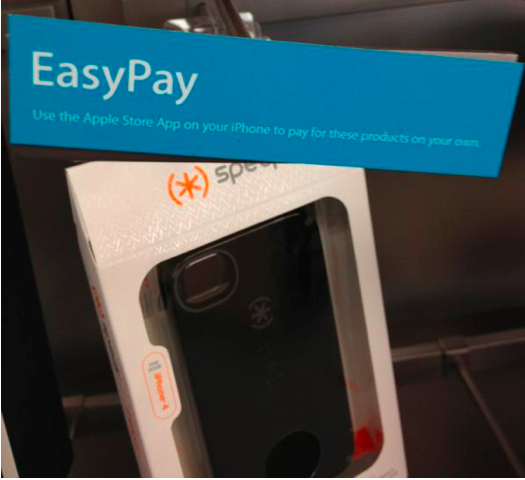 We’re hearing that there were some last minute delays but Apple Stores will soon be rolling out a lot more signs like the one above. Customers will soon be able to pay for accessories at the Apple Store with their iOS device via camera and Apple Store App.

We’ll give you more details about how “Easy Pay” works once Apple issues an official statement. Stay tuned!