The Apple Store iOS app has a new freebie available for download. Waterlogue by Tinrocket (normally $2.99) is currently available as a free download via promo code.

In order to redeem the free download, launch the Apple Store iOS app, tap on the ‘Featured’ tab, then tap Waterlogue. Once you tap ‘Download Waterlogue free’, you will be given a promo code which can be used to download the app for free from the App Store. 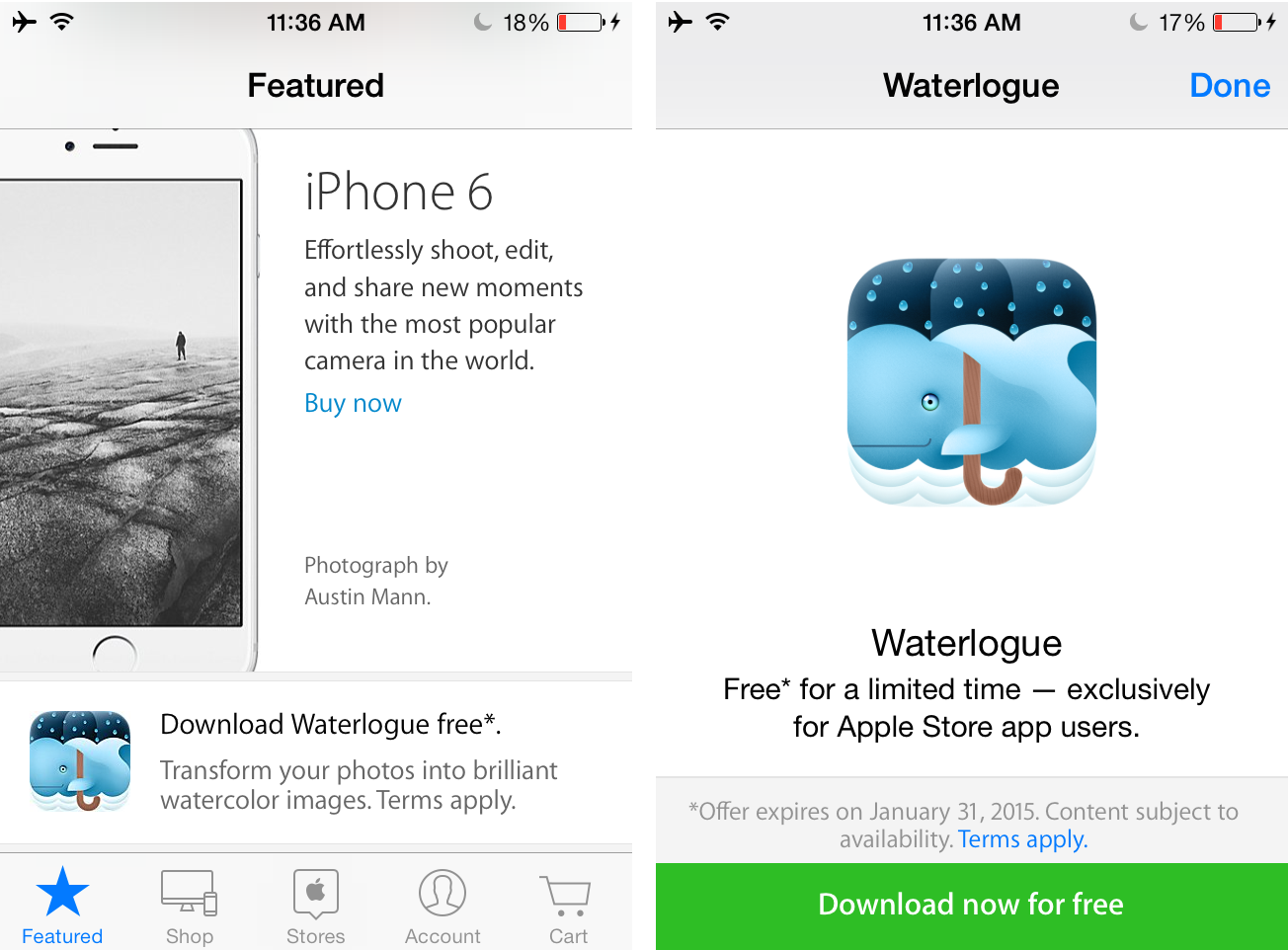 • 14 pre-set styles to customize your watercolors by controlling wetness, pen outlines and color.

• Control of borders, lightness, and detail. 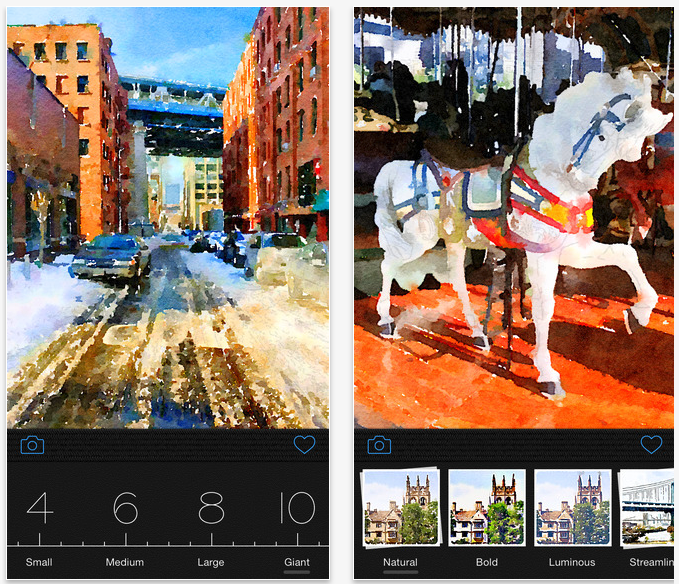 Waterlogue for iOS is normally $2.99 from the App Store and is compatible with any device running iOS 7 or later. The app has been optimized for the iPhone 5, 6, and 6 Plus.