As we noted earlier this week, the Mapleview Centre Apple Store was set to have its grand opening today in Burlington, and the first 1000 visitors would receive free t-shirts. Apple didn’t disappoint as the store opened this morning to a line up of eager and happy visitors.

The line up started outside and also made its way inside soon afterwards. The store itself looks beautiful. Pics courtesy of @kevkill: 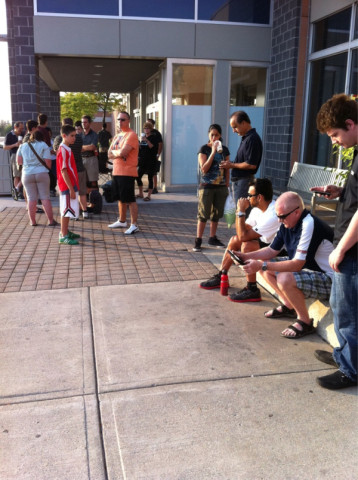 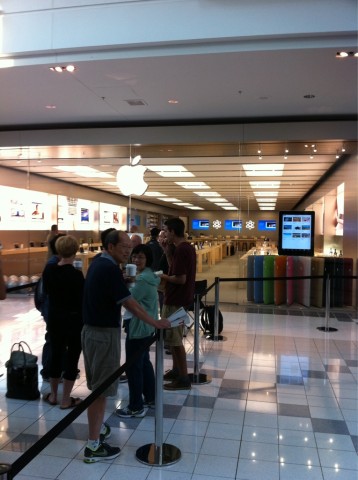 As always, Apple staff on hand were enthusiastic to open yet another Apple Store in southern Ontario (the Conestoga Apple Store opened recently in RIM’s backyard). Thanks to @jonmanna for the cool video (and pic) of the opening: 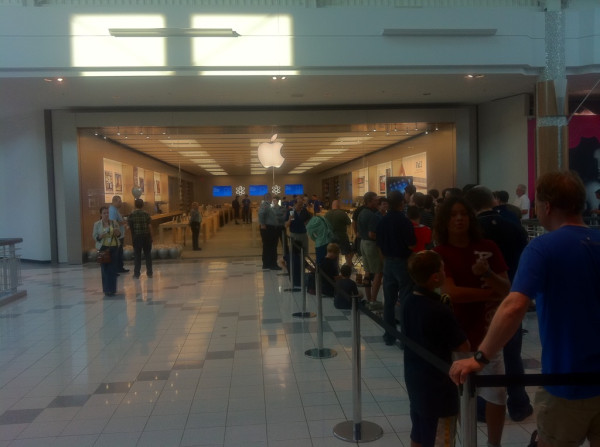 Were you in line for today’s grand opening? Were you part of the first 1000 visitors to get a free t-shirt?