Apple has updated its website and sent out an email blast to notify customers its new retail store a Markville Shopping Centre is set to have its grand opening this Saturday, July 27 at 9:30AM. We first told you about this new store last month as retail job posting had confirmed the store plus images revealed the location to be at Markville Shopping Centre. 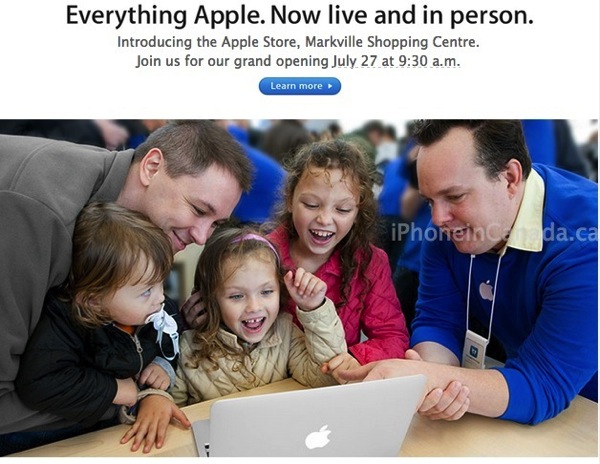 This new store will mark the 28th Apple Store in Canada year, but a new store in Surrey, BC, opening later this year is set to increase that total. As always, grand openings will give the first 1000 visitors a free commemorative t-shirt (while supplies last).

Let us know if you’re going to be waiting in line. You can send us pictures via twitter to @iphoneincanada or email us tips @ iphoneincanada.ca and we’ll post your pictures online!

While releasing the first trailer for the Antoine Fuqua-directed historical drama, Apple has today announced that Will Smith’s next film ‘Emancipation' will premiere in theaters on Dec. 2 and will stream on Apple TV+ starting Dec. 9. According to Variety, Apple’s decision to delay the film to 2023 after Smith became embroiled in controversy for slapping...
Usman Qureshi
5 mins ago

Even though Sony's first VR headset took 8 months to sell a million units, the company is betting big on its next-generation PlayStation VR2 headset with an increased production plan, according to Bloomberg. Citing people familiar with the matter, the publication notes that Sony is planning to make 2 million units of the PlayStation VR2...
Usman Qureshi
24 mins ago