It looks like Apple’s retail expansion continues to grow. I remember being at the Vancouver Apple Store grand opening and giving up on getting a free tshirt since the lines were ridiculous. Today it is Ottawa’s turn to repeat all the Apple hoopla we experienced all over again! Yahooooo!

Apple will be opening its tenth retail outlet in Canada starting today in the heart of Ottawa. The Apple Store located on Rideau street will be giving away free tshirts to the first 1000 visitors! If you really want a tshirt, show up early and be prepared to wait (grab a couple BeaverTails for breakfast while you’re waiting–I love ’em).

Special thanks to Keith Tak for the following pictures of the brand spankin’ new Apple Store in Ottawa. All I have to say is the store is massive and double the size of our tiny Vancouver store! Speaking of Apple stores in Vancouver, Oakridge Mall will have an Apple store opening soon: 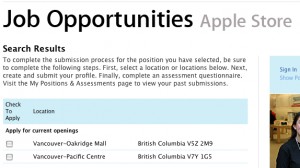 But let’s get back to the Apple Store in Ottawa! Here’s what the store looked like a few days ago: 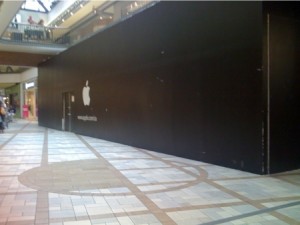 …and here are some pictures as of yesterday. Man, this store is huge. How does it compare to other Apple Stores in Canada near you? Bigger or smaller? 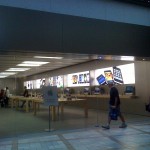 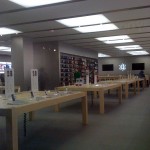 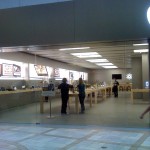 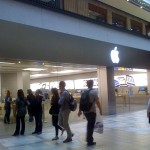 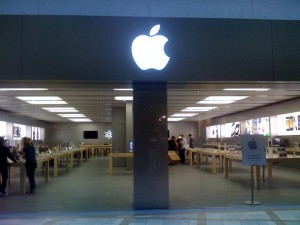 The Apple Store Rideau grand opening starts at 9:30am on Saturday, July 18th! Anyone already in line?! 😉 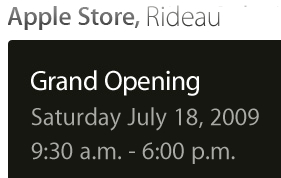 **EDIT** Here are some pictures of the line up and a small video: 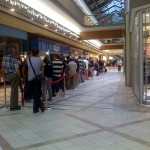 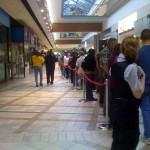 I got to the store at around 8:30, and had to be in the secondary line around the corner, perhaps around 80-90 people ahead of me. Kellan Adamson (@kellanApple) was the first in line at 5:00 am. Once the store opened, it was smooth sailing in because it is such a big store! Loud and crowded. Plenty of iPhone 3GS models in stock, but I resisted getting one (for now)