Apple Store on Rome’s Via del Corso Opens This Spring 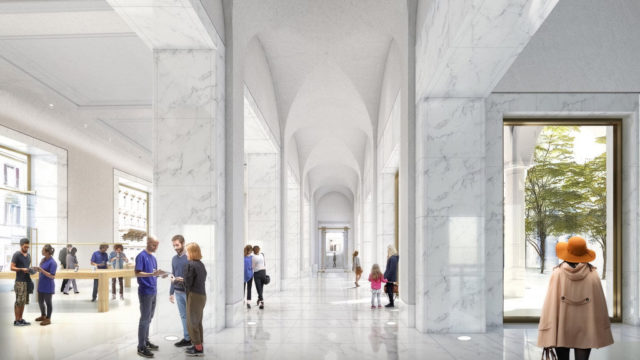 Apple’s new flagship Apple Store will be opening its doors in Rome in a short couple of months.

Apple plans to have the store completed by spring and will see its home in the centre of Rome’s iconic shopping district, Via del Corso. According to 9to5Mac, who translated a report from La Repubblica, the plan that was initially set in motion seven years ago is finally coming to a head.

In the translated article, Apple Retail+People SVP Deirdre O’Brian confirmed the opening plans when saying: “Our stores have proudly served customers in Rome for 13 years and we are excited that our long-term vision for Rome will come to life in Via del Corso this spring. With this important new store, we will move our teams and activities from RomaEst to the center of Rome, where we will significantly increase our service capacity and offer free, world-class Today at Apple sessions.”

Apple is also set on utilizing Roman architecture to celebrate the country’s culture and history. Currently, there are three Apple Stores located in the greater Rome area–Porta di Roma, Euroma2, and RomaEst. However, none have been updated with the latest Apple Store designs.

Unfortunately, the opening of the Via del Corso location does come at a loss of the eastern Rome location. As the new storefront will promise 120 job openings, the employees of the shuttered store will be offered relocated positions at nearby stores, including Via del Corso.