Most of us already know that Apple opened its first retail stores in May 2001. What we didn’t know till now however is that the idea for the tech giant’s shopping hubs came way before that i.e almost 25 years earlier, when Regis McKenna, the legendary Silicon Valley marketing guru, drafted an eight-page marketing plan for Apple in December 1976 (via CNET). 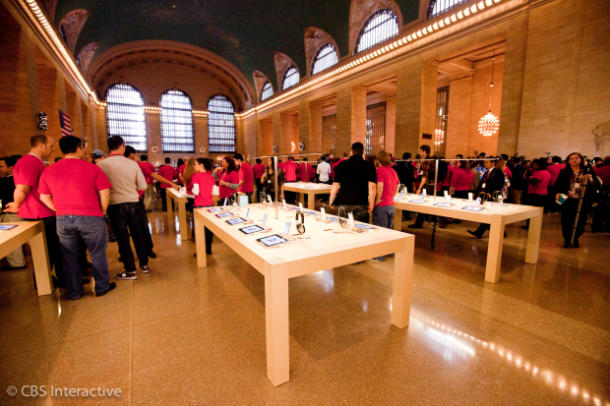 During a fireside chat with CNET at the Computer History Museum, McKenna talked about his first meeting with Steve Jobs and Steve Wozniak back in 1976. “I had actually presented this to Apple a couple of times,” he said. “I had talked about putting them in different parts of the country.” He explained that initially, Apple stores were to be meant for big customers and serve as centers for corporate sales and training, and gradually, they would move to retail. But today, there are more than 400 Apple retail stores all over the world.

The pair came in looking for someone to help market the Apple II. During the meeting, McKenna rubbed Woz the wrong way and hit it off with Jobs. McKenna initially turned down Apple’s business and showed them the door.

Jobs and McKenna had dinner and talked about what the future of Apple could look like, and McKenna signed on. Eventually McKenna drafted an eight-page marketing plan in December 1976. Lo and behold, what was written under “Distribution Channels”? Apple stores.

McKenna has been named by the San Jose Mercury News as one of the 100 people who made Silicon Valley what it is today.