Apple Stores in Burlington and Burnaby Set to Open in September?

Back in March, we posted about an Apple Store set to open in Burlington at Mapleview Centre. It now appears that stores is set to open soon, as the store front has received the Apple logo: 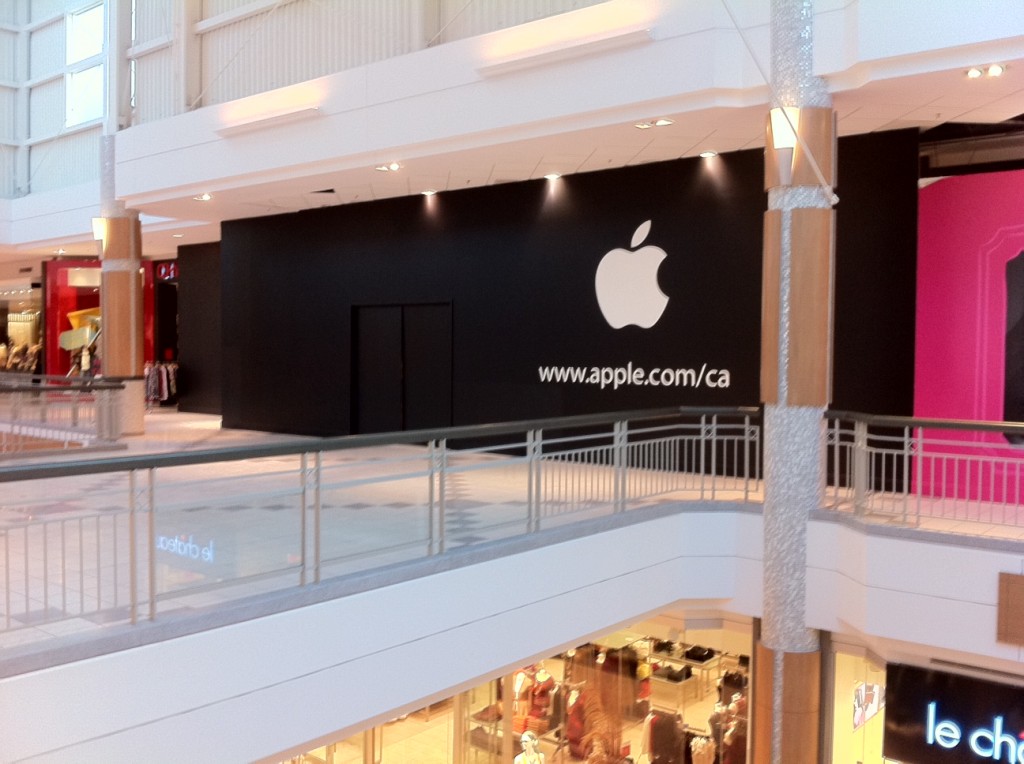 The Conestoga Apple Store also received similar treatment at the end of July, and will open this Saturday in RIM’s backyard. The latest store that could coincide with the Burlington opening will be the one in Metrotown mall, located in Burnaby. That store is set on the second level of the mall next to Armani, rumoured for a September launch, according to tips we’ve received. Maybe they’ll both be ready for the ‘upcoming’ iPhone 5 launch?

Thanks to Jon M. for the email!

Apple’s Stage Manager multitasking feature in iPadOS 16 is only for tablets with the company’s M1 chip, but that is now changing. According to Engadget, Apple told the publication Stage Manager is now expanding to older iPad Pro 3rd gen and 4th gen models when iPadOS 16 is released later this year. M1 iPad Pro […]
Gary Ng
40 mins ago