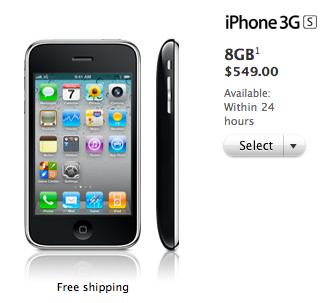 However, the iPhone 3GS lifeline appears to be coming to an end. According to our sources, iPhone 3GS units will no longer be replenished in Canadian Apple retail stores. The reason is to make way for the iPhone 4 to take its place–when the imminent next-generation iPhone 5 debuts this Fall.

It is unknown at this time whether a factory unlocked 16GB iPhone 4 will adopt the $549 price tag of the iPhone 3GS. Prices are guaranteed to change when the next iPhone launches, but the exact details aren’t clear. Stay tuned and we’ll keep you in the loop, as always.