Apple retail store locations across Japan have begun sales of the Fukubukuro, which is also known as a “Lucky Bag.”

The promotion gives the customer a chance to purchase random products at a reduced price. Japanese blog Mac Otakara was present at the Apple Store in Nagoya this morning, where they uncovered the products that were being given away in various bags. Several fortunate customers will be lucky enough to receive big ticket items in their Lucky Bags, including an iPad or a MacBook Air. 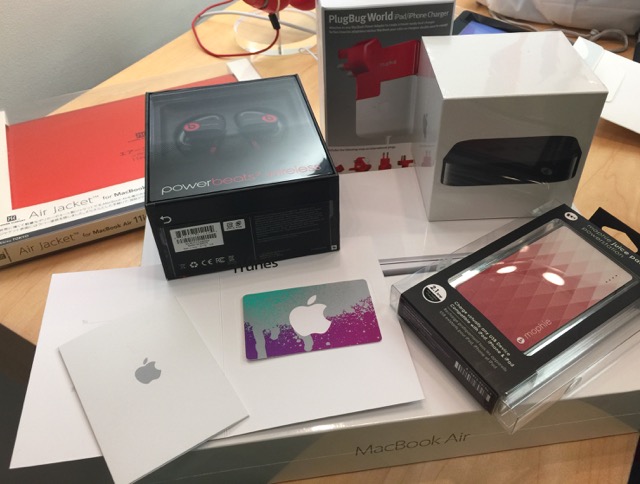 This year, Apple is selling their Lucky Bags for 36,000 yen ($300 CAD) and come in four different configurations. One of the most common configurations includes an Apple TV, Mophie external battery pack, an iTunes gift card, Beats headphones, and an Incase backpack.

The most expensive configuration, shown in the image above, includes a MacBook Air, Power Support Air Jacket, a Twelve South PlugBug, and most of the items common mentioned above. Other configurations include a 16GB iPod Touch, 16GB iPad mini 3, or a 16 GB iPad Air 2 alongside the common items. 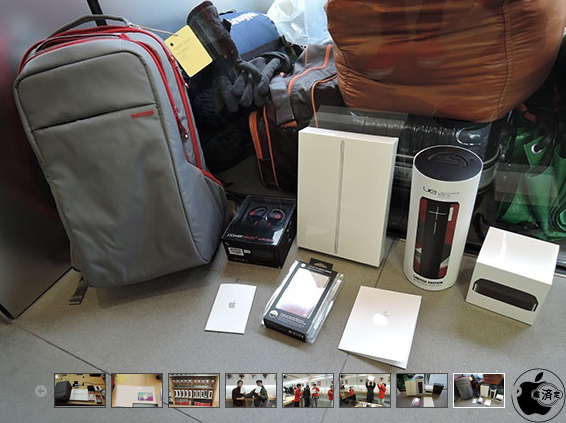 In order to prevent people from cutting in line, Apple employees dealt wristbands to customers this year. This also allowed them to keep an accurate count of the number of people who are lined up. For 2015, the average line size per store was approximately 250 people.

Customers who purchase a Lucky Bag don’t know what is inside and cannot get a refund unless a product is defective. As with previous years, Apple’s Lucky Bags are only available in Japan with other countries seeing sales at different times throughout the year.