For the first time since its initial launch in the US in 2011, Apple customers based in the UK can buy a product online and pick it up in-store – if there is an Apple Store nearby – generally within an hour of purchasing the product. They also have the option of receiving the package at a local pickup point for collection, reports the Telegraph. 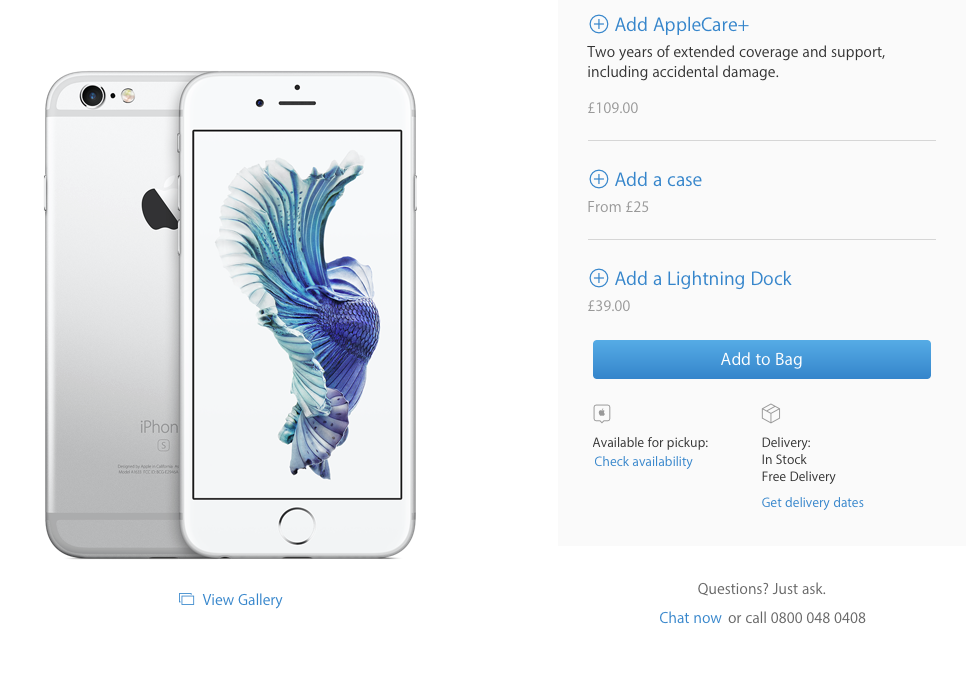 The Apple Store Pickup service has been launched in the UK just in time for Christmas. Starting today, the product pages on Apple’s online store display an “Available for pickup: Check availability” link next to products. Here, if they enter the desired postcode or city, they can search stores to check the product’s availability. By the way, customers can delegate someone else to pick up their product, but the designated person will need to present a valid ID and order number.

Considering that the holiday shopping season begins shortly, this is a very convenient service Apple provides, which also acts as a bridge between the company’s online and offline shopping experience.