Update 1: Just talked to the Richmond Centre Apple Store and Metrotown Apple Stores. They will be opening at noon tomorrow. Normal store opening hours are 9:30AM for Richmond, and 10AM for Metrotown.

The WSJ has reported Apple Stores are set to close tomorrow to celebrate the life of Steve Jobs:

Apple plans to close some of its retail stores for at least an hour Wednesday, according to two people familiar with the matter, a gesture that coincides with the company’s planned celebration of co-founder Steve Jobs’s life at its headquarters.

This corroborates a tip we received last night and also that 9to5Mac noted a few days ago. Apple sources mentioned Apple retail stores in North America and select international locations will close at 10AM PDT/1PM EDT to stream a live event from Cupertino, exclusively to Apple employees.

Impromptu Steve Jobs tributes have popped up throughout Apple retail stores in Canada and around the globe. Recently, politicians and celebrities paid their respects to Jobs at a private memorial. 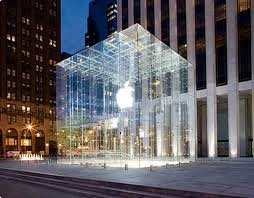