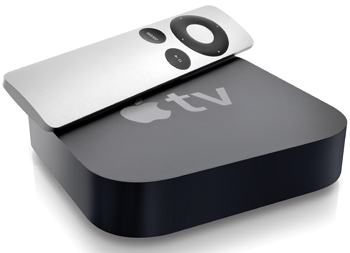 Apple’s long-rumoured subscription TV service launch is said to remain on hold, as the Cupertino company continues to negotiate the “economics” of the said service with potential content partners, as reported by Jessica Lessin of The Information (via AppleInsider).

“There’s still a big gap between the price media companies want for their TV channels and the roughly $40 a month Apple wants to charge consumers,” Lessin wrote. “Something has to give.”

Earlier this month, another report by Bloomberg had made a similar claim, highlighting that Apple wants to offer “a package of popular channels” for $40/month, though the company won’t be able to deliver the streaming service until 2016, since the price is said to be too low for content makers.

Lessin’s notes that in the absence of a subscription service, Apple will focus on integration with HomeKit accessories, allowing the Apple TV to be a hub for controlling connected devices in the home. She was also told that Apple plans to spotlight security, highlighting the fact that data will be stored on the Apple TV itself and not in the cloud.

Regardless, a new Apple TV unveiling is however strongly said to be a part of Apple’s Sept. 9 event.

Just two months after its launch, OpenAI's ChatGPT has reached 100 million monthly active users making it the fastest-growing consumer app ever, Reuters is reporting. In comparison, it took TikTok about nine months after its global launch to reach 100 million users and Instagram 2 and a half years. According to a UBS study citing data...
Usman Qureshi
9 mins ago

With a $4.28 billion operating loss in Q4, Meta's Reality Labs division recorded a total loss of $13.7 billion in 2022, the company said in its earnings report (via CNBC). Back in 2021, CEO Mark Zuckerberg said Meta's future would be in the metaverse, a digital universe where people will work, shop, play, and learn....
Usman Qureshi
30 mins ago

Apple’s all-new HomePod 2 is launching tomorrow, February 3, 2023, with some early hands-on reviews and unboxing videos already hitting the web. Just ahead of the official release, Matthew Costello, Apple’s hardware vice president, has shared how Apple decided to resurrect a product it had discontinued in 2021. We deeply studied the learnings from the first HomePod...
Usman Qureshi
46 mins ago