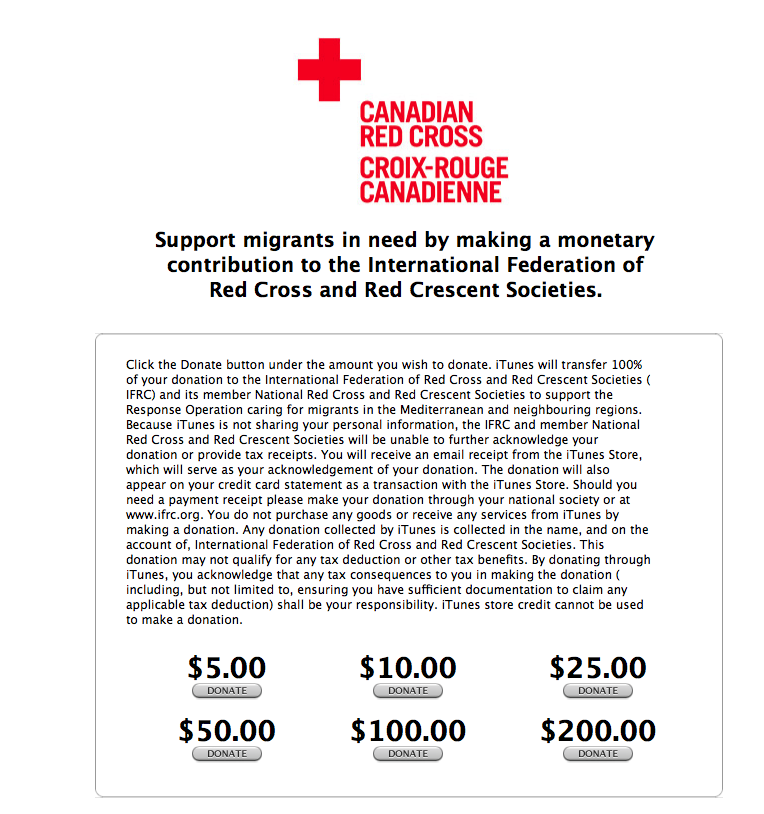 Apple has started accepting donations to the American Red Cross, and the company also make a substantial donation to support those affected by the refugee and migrant crisis in Europe and around the Mediterranean, reports the Telegraph. Apple will add double the donations of its customers, and the money will go to relief agencies.

The newspaper has obtained an internal email signed by Tim Cook which points to the issues Europe is going through right now. As you may have already seen in the news, tens of thousands of refugees from Syria and other countries have left their homes because of war and persecution. Fact is, there is no coherence in Europe regarding this very important issue, and the refugee crisis is mounting. To understand what is happening, you need to know that EU regulations dictate that refugees must register and claim asylum in the first member state they reach. The problem is that the majority of these migrants and refugees want to get to Germany.

The Hungarian prime minister’s statements have made headlines recently, but it is worth noting that Croatia – the country that initially said it would welcome refugees – after seeing its whole immigration system filled in only one day, is closing its borders and sending refugees back to Hungary.

Anyways, Tim Cook’s internal letter was obtained by the Telegraph and reveals his receptiveness regarding this issue: He said the company’s collective hearts go out to these refugees.

As we’ve all seen and read in the news, millions of people from Syria and other Middle Eastern countries have fled their homes because of war and persecution. Europe, where many hope to find safety, is experiencing a refugee crisis on a scale that hasn’t been seen since World War II. Thousands of people have already lost their lives as families embark on long and dangerous journeys across land and sea.
Our hearts go out to these refugees, and many of you have asked how we can help.

Apple is making a substantial donation to relief agencies which provide humanitarian aid to refugees in Europe and around the Mediterranean. We’re also making it easy for our customers to support this effort by donating to the Red Cross via the App Store and iTunes.

For employees who donate to the Red Cross campaign and other select relief efforts, Apple will match your contribution 2-for-1. For details, please visit the Apple Matching Gifts program page here.

Apple is dedicated to advancing human rights around the world. We hope the actions we’re taking will help make the situation less desperate for some, and ease the hardship so many are enduring.
Thank you.
Tim”

Update: Click here to donate to the Red Cross via iTunes.