Back in August, Apple changed its App Store logo from a paintbrush, pencil, and a ruler, to three sticks that overlap each other to form a triangle. However, a Chinese clothing brand named ‘Kon’ with a very similar logo is now suing the iPhone maker for stealing its logo for the App Store, The Verge reports. The triangle in Kon’s logo is supposed to be skeleton bones symbolizing power over death. 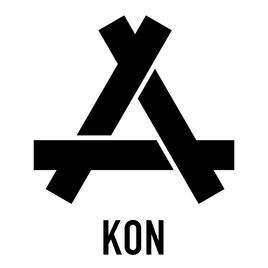 Kon, which was founded in 2009 based on the Sex Pistols’ Anarchy In The UK, claims that it owns the trademark to its logo and Apple’s new App Store logo used on iPhones and macOS is a violation of Chinese copyright law. The clothing brand is now demanding that Apple should issue a public apology, in addition to paying damages. While the Beijing People’s Court has accepted the case, the Kon case has not yet been listed on the court website.

Looking at the two logos, although KON’s logo does look quite similar to that of the App Store, the ends are sharp rectangles. In contrast, the three sticks on the App Store logo have rounded ends.

While the judgment is expected to come in over the next few weeks, Apple has not yet issued any official statement regarding the mater.