Update 1: Samsung has responded to this suit from Apple, via TNW:

â€œWe think Apple has violated our patents in communications standards. We are considering a counterclaim.â€

Apple has filed a suit against Samsung, alleging the South Korean conglomerate has copiedÂ iPhone and iPad designs with their Galaxy line up. Here’s what Apple had to say, reaching out to Mobilized:

â€œItâ€™s no coincidence that Samsungâ€™s latest products look a lot like the iPhone and iPad, from the shape of the hardware to the user interface and even the packaging,â€ an Apple representative told Mobilized. â€œThis kind of blatant copying is wrong, and we need to protect Appleâ€™s intellectual property when companies steal our ideas.â€

All I can think of is the old saying, ‘imitation is the sincerest form of flattery.’ Apple has also alleged Saumsung has infringed on the ‘trade dress’ of the iPhone, noting similar design characteristics as rounded corners and icon layouts.

Take a look at the following image Apple provided in their suit, and tell me what you think:

Is Samsung guilty of ripping off Apple? 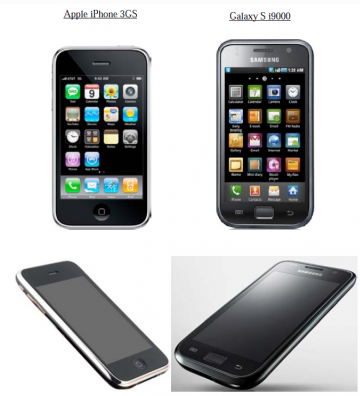 Earlier this month Twitter’s ‘Chief Twit’ Elon Musk said encrypted direct messages were coming, and now we’re seeing evidence how the company will achieve this. According to researcher Jane Manchun Wong, she said on Saturday evening, “Twitter will adopt the Signal Protocol for Encrypted DMs. Seeing code references of the Signal Protocol inside Twitter’s iOS app.” […]
Gary Ng
14 mins ago

Virgin Plus has a new Black Friday deal that started today for Apple’s iPhone 13 with 128GB storage. You can get the iPhone 13 128GB for $5/month financing, with the current promo $45/50GB plan on a 24-month term. No upfront payments or bring-it-back terms. This deal was found at the Virgin Plus store at Square […]
IIC Deals
27 mins ago