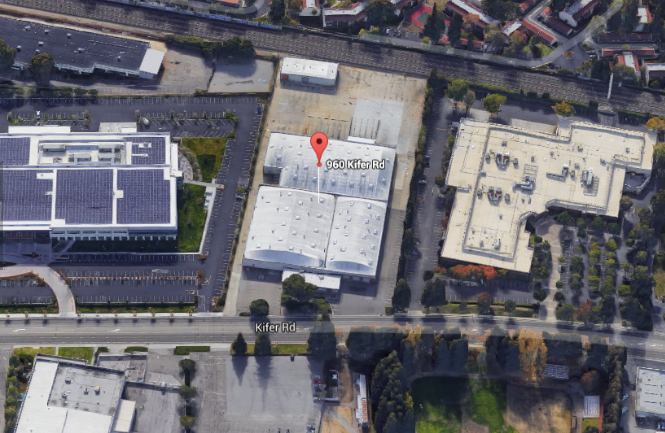 Apple continues to expand its presence in Sunnyvale, California, by leasing another, 96,000-square-foot industrial property, an ex-Pepsi bottling plant.

The property is located at 960 Kifer Road and, as the Silicon Valley Business Journal points out, Apple has been quietly leasing it since last November. The lease was discovered by reporter Nathan Donato-Weinstein, who reviewed a loan document on file with the county clerk’s office and filed on Feb. 22.

The property is noteworthy because Apple’s secret car project lab is rumoured to be located in Sunnyvale. The company has several offices at North Wolfe Road and Central Expressway, and the newly discovered leased property – a warehouse-type industrial site – is less than a mile away from the campus.

City permits don’t reveal much about its use. The only public information the reporter could obtain was a file for a seismic upgrade submitted in January, suggesting that Apple will use the building instead of redeveloping it.

During an interview with the Fortune, Apple CEO Tim Cook didn’t disclose any information about the rumoured car project (in line with expectations), but the company’s hires point in this direction, as do various whispers claiming hundreds of employees are working on this car project.