Following a hugely successful iPhone 6 and iPhone 6 Plus launch worldwide (10 million units sold in the first 72 hours), Apple is in the hot seat due to its supply chain: China Labor Watch found major irregularities at Apple supplier Jabil, saying the company is exploiting workers to meet iPhone 6 demands. 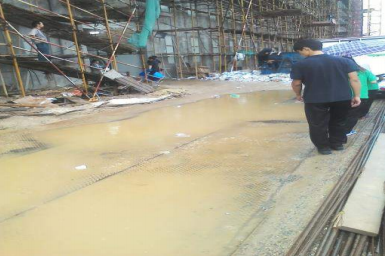 China Labor Watch’s report, released yesterday, follows an earlier one published a year ago about the same Jabil Circuit factory in Wuxi, China. The factory supplies iPhone 6 covers to Apple. As the report highlights, the company has been putting workers under pressure to turn out more and more phone covers to meet demand.

For workers, this has meant a mandatory 11 hours per day, six to seven days a week, in unsafe and high-pressure working conditions. What’s interesting though, according to the CLW report, is that after accumulating up to 158 hours of overtime per month, Jabil workers will earn less than the local average wage.

The CLW report details that during a number of months this summer, two investigators entered the Jabil Wuxi factory, collecting information as workers. What they found there was way below their expectations.

There aren’t many long-term workers there, because most workers cannot sustain such high-pressure labor for an extended period of time. As for wages, the report mentions an example: after 90 hours of overtime, the workers’ gross wages are about $570, with the next highest being about $488 (more than half of a worker’s wage consists of overtime pay).