Apple has today completely revamped its Supplier Responsibility page on its official website with 2014 report highlights, detailing its monitoring of supply partner labor practices, compliance with regulations and Apple’s standards of business, the environmental impact of its product components and more. 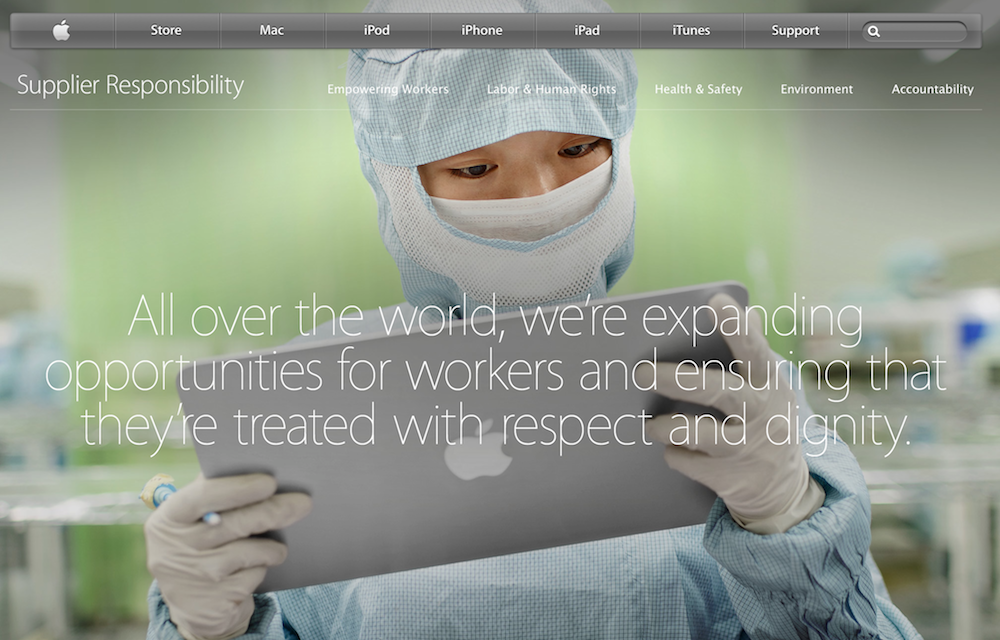 The updated look of Apple’s Supplier Responsibility page matches the overall interactive feel of the Apple website. Visitors are presented with a graph that shows the growth in its worker rights and skills training. Another graph below it gives an overview of ‘Supplier Work-Hour Compliance’ for the whole year. “In 2013, our suppliers achieved an average of 95 percent compliance with our maximum 60-hour workweek”, notes Apple. 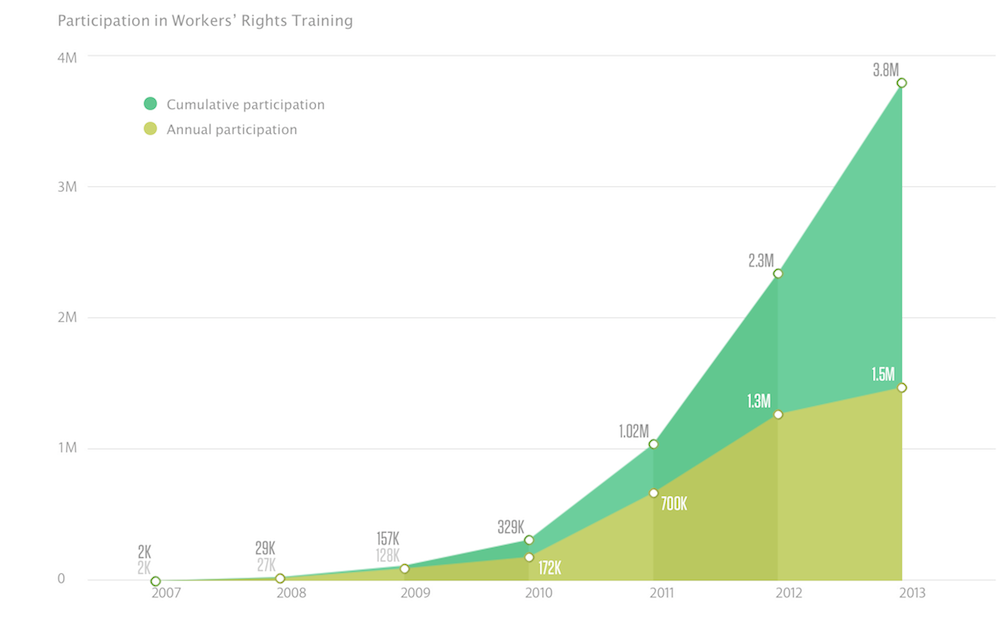 Further down, the page shows how the company enforces its ‘Supplier Code of Conduct’ into its supply chain, along with detailed information about its 18 final assembly facilities. Apple has also provided access to a list of its top 200 component suppliers from around the world.

Environmental watchdog and activist agency Greenpeace has provided TechCrunch with the following statement regarding its appraisal of Apple’s newest report:

“Apple’s increased transparency about its suppliers is becoming a hallmark of Tim Cook’s leadership at the company. Apple has flexed its muscles in the past to push suppliers to remove hazardous substances from products and provide more renewable energy for data centers, and it is proving the same model can work to reduce the use of conflict minerals.  Samsung and other consumer electronics companies should follow Apple’s example and map its suppliers, so the industry can exert its collective influence to build devices that are better for people and the planet.” 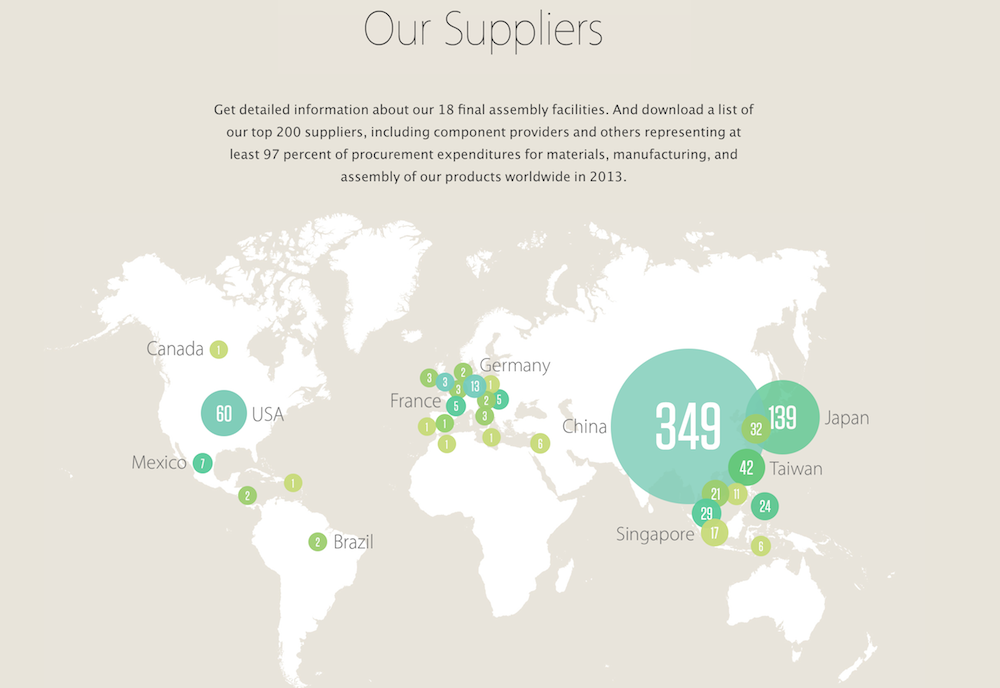 I'm tremendously proud of the progress Apple made in 2013. Read about it on our new SR website. http://t.co/xXNZ78t08W

You can download Apple’s 2014 Progress Report (.pdf) for more information.

Uber is getting back into the robotaxi business. Not long after selling off its autonomous vehicle research division to a startup named Aurora, the transportation app is partnering with Motional. In a 10-year agreement, Uber will work with Motional to provide autonomous rides and deliveries. Based on the initial deal, Uber is utilizing Hyundai's autonomous...
Steve Vegvari
29 mins ago