According to a list released by the local government of Kunshan, a city in Jiangsu located 30 miles west of Shanghai, several major Apple suppliers have been given priority for factory restarts in the region, The Wall Street Journal is reporting. 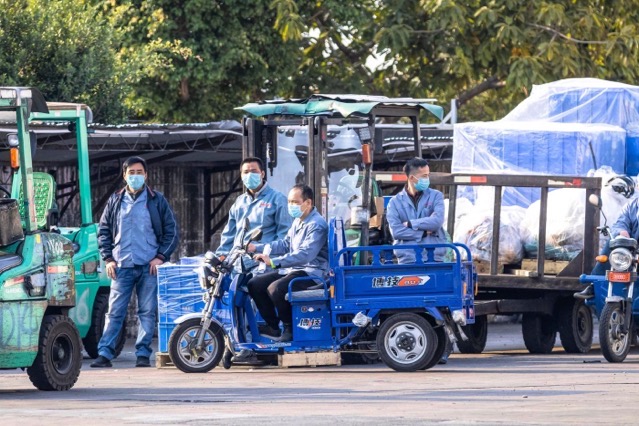 Covid-19 outbreaks have hit Shanghai and its neighboring regions hard over the last few weeks. The list shows 31 companies in Shanghai are supplying parts to Apple, whereas 79 Apple suppliers are located in Jiangsu and 7 in Zhejiang.

Leading Apple suppliers, including Luxshare Precision Industry and Wistron Corp., have now been designated as “Covid-free” enterprises by the local government.

Some Apple suppliers have restarted factories in recent days in bubblelike environments where workers are kept inside factory premises or nearby and tested frequently for Covid. The model has become increasingly popular in China to continue manufacturing amid outbreaks.

Earlier this week, Apple CEO Tim Cook also said that Apple’s constraints were mainly centered around the Shanghai corridor. “On a positive front, almost all of the affected final-assembly factories have now restarted,” Cook added.

Covid-19 case numbers in Shanghai appear to have plateaued in recent days, and cases in Jiangsu have also been trending down.

Waze has today revealed that ‘Home’ was the most trafficked destination for Canadians using the app in 2022, while also rolling out a new Holiday driving experience for the upcoming festive season. Below were the top 5 most trafficked destinations for Canadians in 2022: Home School Food and Drink Restaurant Shopping Centre While 'Hospital and Medical...
Usman Qureshi
9 mins ago

Meta has just announced the ability for creators to share short videos directly to Instagram Reels from some of their favorite third-party apps. The feature will be rolled out to Instagram users later this month. Creators use a variety of apps to create and edit videos before uploading them to Instagram Reels. Meta says it...
Usman Qureshi
11 mins ago