Apple has just published a new feature on how Chicago Lighthouse’s ‘Photography for All’ program is using Apple technology to teach photography to teens who are legally blind or have low vision.

Photography for All is part of the city’s One Summer Chicago youth employment initiative, which provides people ages 14 to 24 with internships and job opportunities at government institutions, and private companies throughout Chicago.

Since 2017, Apple has supported the city’s One Summer Chicago program through its Community Education Initiative, helping create opportunities for youth to develop new skills.

The Chicago Lighthouse provides each of the Photography for All participants with an iPad Air, Apple Pencil, and Magic Keyboard to support their creativity. They are also given training by Apple experts on a range of topics including accessibility features. 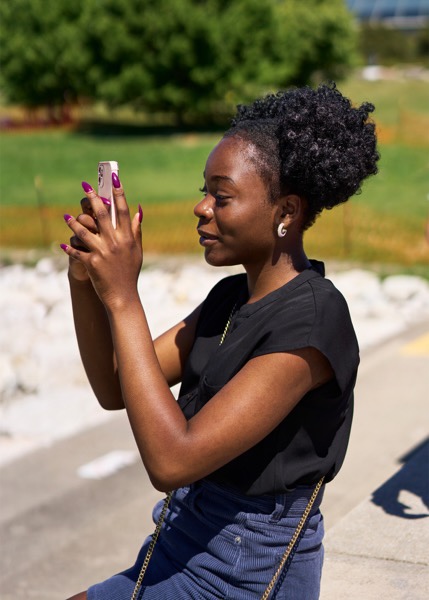 “Before I discovered Zoom, I’d just hold my phone up all the way to my face,” 18-year-old Adetokunbo “Toks” Opeifa told Apple. She’s been diagnosed with cone-rod dystrophy, a retinal disorder that means she will have progressive vision loss. “This way I can actually see better.”

Opeifa will be joining Chapman University, California, later this year where she is to study screenwriting.