Bloomberg reports Apple is in talks with Time Warner to bring HBO Go to the Apple TV, possibly later this year:

Apple Inc. is in negotiations to start carrying Time Warner Inc. HBO Go application on Apple TV by mid-2013, according to two people familiar with the plans.

Cable and satellite subscribers who pay for HBO will be able to watch more than 600 hours of films and television shows on Apple TV, said the people, who asked not to be identified because the talks are private. Apple TV is a set-top device that streams content purchased on iTunes and via other online services to consumers’ televisions. 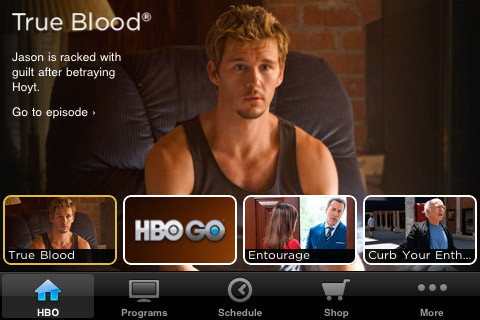 Of course, any deal of this sort would most likely be US-only to start, as HBO content in Canada is controlled by Astral Media and Corus Entertainment. The existing HBO Go iOS app is available exclusively in the USA. For Apple to successfully negotiate a pay-TV app like HBO on the Apple TV would be an interesting development for consumers.

“When I go into my living room and turn on the TV, I feel like I have gone backwards in time by 20 to 30 years,” he said. “It’s an area of intense interest. I can’t say more than that.”

During Cook’s recent trip to China, when asked about an Apple television by the Chinese media, the CEO again noted he doesn’t divulge details about the company’s future roadmap but said Apple is never lacking creativity to meet the high expectations of its customers. Apple has long been in negotiations with US cable companies in regards to a rumoured set top box, as previously reported by the WSJ.