Apple was granted five new patents that reveal the technology behind the iPhone 5’s great Panorama app. Published by the US Patent Office today, Apple’s five patents reveal more information about how panoramas are made besides defining what a panorama is. 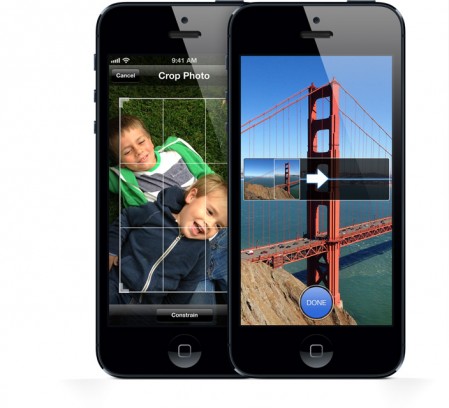 Apple wasn’t the first to introduce this feature — some Android phones already had the panoramic shot feature — but the Cupertino company brought it to the iPhone 5 in its own unique way: an amazing fact highlighted by Apple on its website is that the panoramas you shoot have up to 28 megapixels, a key ingredient to making them awesome.

The five patents published today by UPSTO are the following:

4. US Patent No. 20120293608, entitled, “Positional Sensor-Assisted Perspective Correction for Panoramic Photography”; and