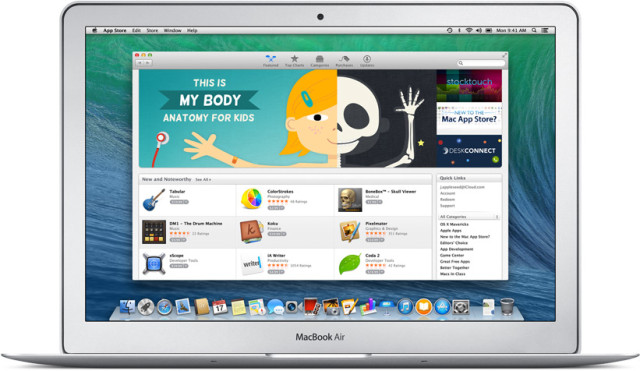 Not so long ago, in September, Apple rolled out the “last compatible” version feature for iOS apps, which allowed users to download older versions of apps. This turned out to be handy for users with iDevices running older iOS versions, as the latest, iOS 7-optimized version wasn’t compatible with their device.

Today Apple has notified Mac app developers that it is preparing a similar update for its Mac App Store. As developer Matt Gemmell noted on Twitter, Apple will allow users to use “previous versions” of Mac applications, in case they are running a computer that isn’t compatible with Mavericks.

The news comes hot on the heels of the Mavericks release, which was presented today, October 22, and is available as a free upgrade packing tons of great new features, although the list of compatible devices is reasonably limited.

MacRumors has obtained the email sent out by Apple today, and it reads as follows:

Users who have already purchased your Mac app are now able to download previous versions, allowing them to use your app with Macs that may no longer be supported by OS X Mavericks.

If you do not want previous versions of your app to be available for download as a previous purchase, for example due to a usability or legal issue, you can manage their availability in the Rights and Pricing section of the Manage Your Apps module on iTunes Connect. To exclude a specific version, click “Manage iCloud download settings for this app.” For more information on managing previous versions, see the iTunes Connect Developer Guide or contact us.

Check out if your Mac is compatible with Mavericks here, and if it is, start downloading now — it’s FREE!

Uber is getting back into the robotaxi business. Not long after selling off its autonomous vehicle research division to a startup named Aurora, the transportation app is partnering with Motional. In a 10-year agreement, Uber will work with Motional to provide autonomous rides and deliveries. Based on the initial deal, Uber is utilizing Hyundai's autonomous...
Steve Vegvari
31 mins ago