Apple Opens TestFlight to All iOS Developers, Invite Up to 1000 Beta Testers

Apple has announced it has opened up its TestFlight program to all iOS developers, which means up to 1000 testers can be invited to beta test apps, by inviting them through an email via iTunes Connect.

You can now invite up to 1,000 testers to beta test your iOS apps by simply sending them an email invitation through iTunes Connect. Once they accept your invitation, testers can install your beta app on their iOS devices, get updated builds, and provide feedback, all within the TestFlight app. 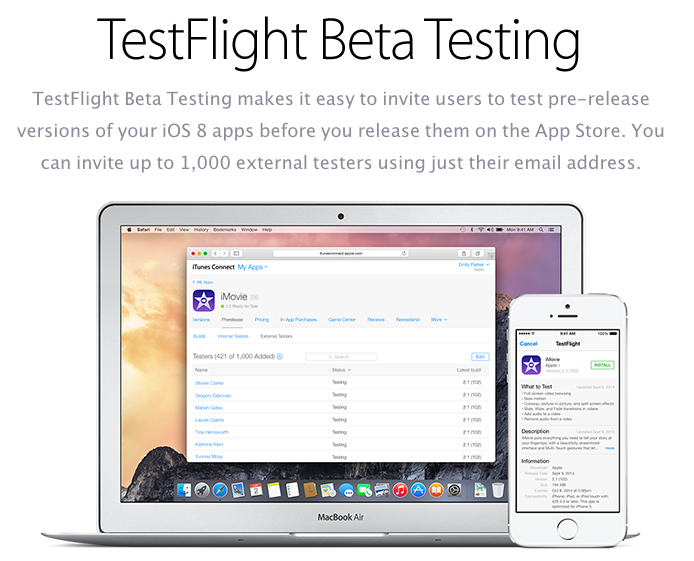 All invited testers have to do is install the TestFlight iOS app, which then allows them to install and beta test your app and provide feedback.