According to the Wall Street Journal, Apple is reportedly in talks to acquire Tidal, the streaming music service run by Jay Z that prides itself as “high fidelity music streaming”:

Apple Inc. is in exploratory talks to acquire Tidal, a streaming-music service run by rap mogul Jay Z, according to people familiar with the matter.

The talks are ongoing and may not result in a deal, these people said. Apple is exploring the idea of bringing on Tidal to bolster its Apple Music service because of Tidal’s strong ties to popular artists such as Kanye West and Madonna.

Why acquire Tidal? Sources say Apple Music would benefit from Tidal’s deep connections to big name artists such as Kanye West and Madonna. 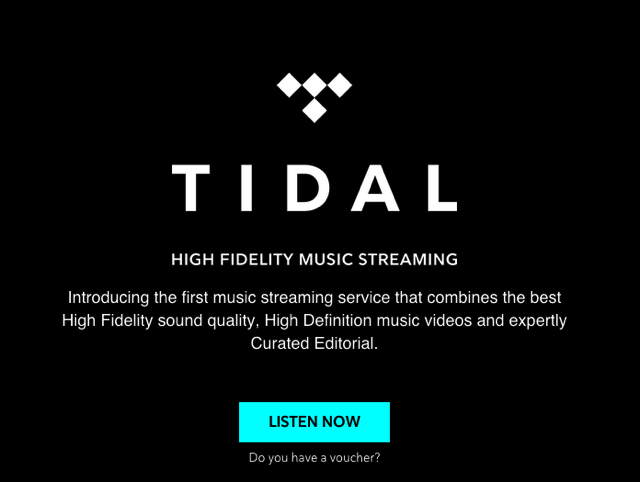 Jay Z acquired the music business last March for $56 million from Sweden’s Aspiro and launched later rebranded as Tidal. The streaming music service has UMG and Warner Music Group as stakeholders; meanwhile 19 musicians and bands have minor stakes in the company, plus the promise of millions in dollars of marketing, say sources.

Tidal has run into management problems, as it has already run through three chief executives. Priced at $20 per month for high fidelity streaming and $10 per month for standard quality, the company is trying hard to lure customers in the competitive music streaming business.

This might be Apple’s time to snatch up the company to again gain deep music connections, like it did by acquiring Beats Music for $3 billion back in the spring of 2014.

Last month at WWDC, Apple said it surpassed 15 million paying subscribers, reaching the milestone prior to its one year anniversary.

Amazon announced an all-new Alexa experience built just for kids today, with the launch of Echo Dot Kids. Echo Dot Kids come with Owl or Dragon designs and a 2-year worry-free guarantee. If your speaker breaks, Amazon will replace it. Also included are parental controls (time limits; explicit lyric filtering) and one year of Amazon […]
Gary Ng
25 mins ago

[caption id="attachment_382288" align="aligncenter" width="1920"] Image: @OnLeaks and @Smartprix[/caption] Samsung's upcoming flagship smartphone, the Galaxy S23 Ultra, has just leaked in high-resolution renders that reveal its design and more. The leaked renders come from Smartprix and known tipster @OnLeaks. Samsung is months away from actually unveiling the Galaxy S23 series, which is being developed under the...
Nehal Malik
38 mins ago