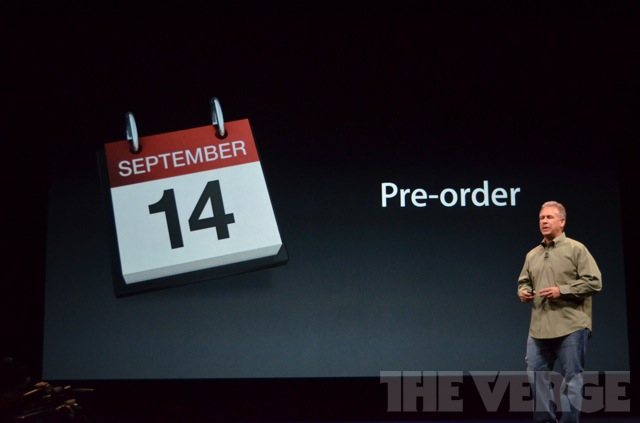 Apple has announced the iPhone 5 at today’s “It’s Almost Here” event. The pre-sale of the iPhone will begin on Friday, September 14th, confirming the rumour leaked yesterday. Yes, alike the iPhone 4S Canada is included in the list of pre-sale countries.

The iPhone 4S had a similar pre-sale schedule, being announced on a Wednesday before live sales began on the following Friday. So I would suggest you keep your credit cards handy; the pricing will begin at $699 off-contract for the 16 GB model. Higher-end models including 32 GB and 64 GB will sell for $799 and $899. We are still awaiting word on Bell, Roger, and Telus pricing, but we will assure to alert you when the word is out.

The Canadian release will be on September 21st. You can find more info on that by clicking here.