Apple to Announce ‘GarageBand for E-books’ at NYC Media Event? 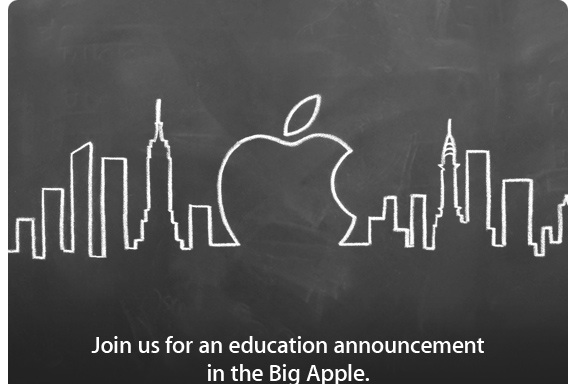 With Apple’s media event set to take place this Thursday in New York City, speculation is that the event will involve the introduction of iPad-optimized textbooks via a partnership with publisher McGraw-Hill, as noted by the Wall Street Journal.

As for what else will appear at this event? A source tells ArsTechnica Apple is set to unveil a new form of software for publishing, akin to a ‘GarageBand for eBooks’, plus also introduce the new ePub 3 standard going forward:

…sources close to the matter have confirmed to Ars that Apple will announce tools to help create interactive e-books—the “GarageBand for e-books,” so to speak—and expand its current platform to distribute them to iPhone and iPad users.

Given Apple’s history of making easy software for everyday people to create content and music, the book publishing world would appear to be the next likely market to pursue. It’ll be interesting to see what arises on Thursday.