Apple has announced the time and date for their Q4 2011 financial results earnings call. The webcast is set to take place on Tuesday, October 18th, 2011 at 2PM/5PM (PDT/EDT). 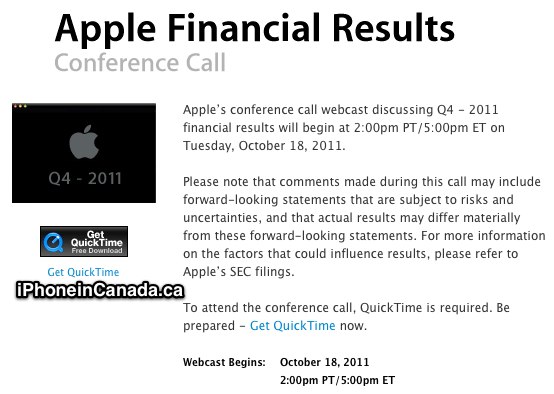 The previous Q3 2011 earnings call took place on July 19th, where it was announced Apple had sold a record 20 million plus iPhones, and earned 57 billion in revenue. Apple is currently the most valuable company in the world in terms of stock valuation, and their Q4 2011 results should reveal even more significant revenues and sales. The next-generation iPhone 4S/iPhone 5 is reported to be announced on October 4th at Apple’s Cupertino Campus.