Samsung, being the exclusive mobile phone sponsor of the Rio Olympic Games 2016, is selling its handsets to hundreds of thousands of visitors flocking to Olympic venues. However, Apple may be looking to crash the party by tempting some of these buyers outside the venues with its own unofficial Games merchandise, Reuters is reporting. The Cupertino company is selling special-edition Apple watch bands at an Apple Store just six miles from the main Olympic park. 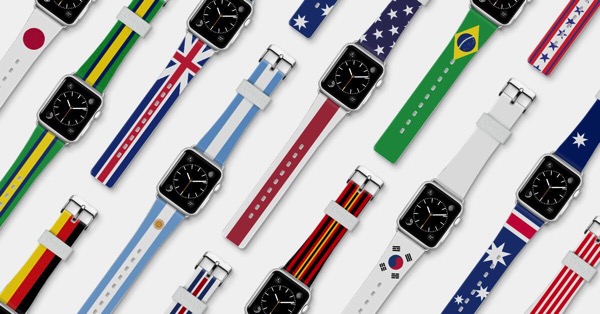 Although these exclusive Apple Watch bands do not feature the iconic Olympic rings logo or the word “Olympics”, which are for the exclusive use of sponsors like Samsung, a number of buyers, including top athletes, have been proudly advertising their new bands on social media. The bands are being offered in a choice of 14 national team colours, including the United States and Canada. A Brazil-themed nylon band was close to selling out this week, notes the source.

“While they don’t appear to be breaking any rules, they appear to be getting really close to the edge of ambush or guerilla marketing,” said Jeff Benz, who arbitrates disputes for international dispute-resolution firm JAMS and is a former general counsel at the U.S. Olympic Committee.

“As long as they do not use the Olympic logo, the Rio 2016 logo or our look, there is no infringement,” said Sylmara Multini, director of licensing and retail for the Rio 2016 organizing committee. Athletes can also fall foul of Olympic rules if they market a non-official sponsor’s products during the Games – but not if they do it well before the event.

Here’s what the Canadian Apple Watch band looks like–let us know if you’re going to pick one up (if you do, email us some pics!):

The bands are selling for 296 reais ($95 USD) each, and only from the Cupertino tech giant’s store in Barra de Tijuca.