Apple To Debut Its iTunes Radio Next Month In Partnership With McDonald’s, Nissan, Pepsi & More

According to a new report by AdAge, Apple is going to launch its iTunes Radio in September with a handful of high-profile brand partners including McDonald’s, Nissan, Pepsi and Procter & Gamble, among others. People familiar with the negotiations are claiming that Apple’s launch partners have signed 12-month deals worth tens of millions of dollars. 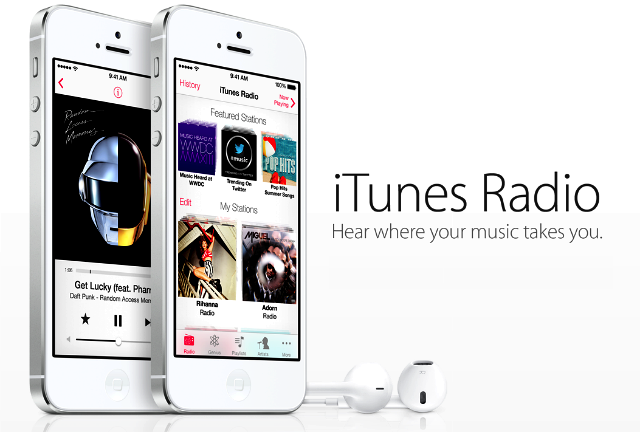 The report notes that Apple’s launch partners will also get exclusivity within their respective industries through the end of 2013. From January 2014 onwards, ads on iTunes Radio will however become widely available, provided “an advertiser agrees to the minimum buy-in of around $1 million”. Regarding the ads on iTunes Radio, they will come in three different forms i.e audio, video and “slate” ads, which are interactive display ads that take over whatever screen the consumer is using, including iPhones, iPods and iPads as well as desktops and laptops loaded with iTunes.

Users will be served an audio ad once every 15 minutes and one video ad every hour, the sources said. The video ads will only be served to consumers at times when they are likely to be looking at their device screen, such as immediately after hitting play or choosing to skip a track.

For the launch, advertisers will be running ads across all of the devices that iTunes Radio will accessible on (that is, anything that runs iTunes). When the launch goes wide in 2014, advertisers will have the ability to target specific devices for their ads. The cost of iTunes Radio ads will increase with the size of the screen, according to agency executives; iPhone ads will be cheapest and Apple TV ads will be the most expensive

While iTunes Radio will be a free, ad-supported service to the public, Apple will also be offering an ad-free option to anyone who purchases iTunes Match, its cloud-based music storage service.

Analysts believe that since iTunes Radio will not allow users to search and play a song on-demand, it’s most immediate competitor will be Pandora, the No. 3 company in terms of U.S. mobile advertising revenue market share in 2013.