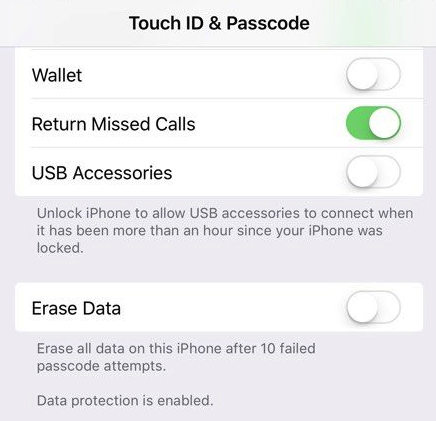 According to a report from The New York Times, which was later confirmed by Apple, the iPhone manufacturer is closing a backdoor that allowed law enforcement officials to gain access to their device through USB-based hardware solutions, like the GrayKey box.

Apple has decided to make improvements to its iOS security platform after learning from these agencies that were using various cracking techniques to unlock the devices of others. In iOS 12, Apple introduced USB Restricted Mode, which provides enhanced protection without degrading the user experience.

The new mode can be turned on or off by the user in the Touch ID / Face ID & Passcode settings. Most users will not have any reason to disable this feature. Data access through the Lightning port on a device running iOS 12 is cut off if it hasn’t been unlocked within the last hour.

“Apple said it was planning an iPhone software update that would effectively disable the phone’s charging and data port — the opening where users plug in headphones, power cables and adapters — an hour after the phone is locked. In order to transfer data to or from the iPhone using the port, a person would first need to enter the phone’s password.”

In iOS 12, the setting is enabled by default and will not allow any USB accessory to connect to the device until a passcode is entered. However, charging is still permitted as it doesn’t require the data pins on the Lightning Connector.

Apple is still committed to complying with requests from government agencies for data that it stores in the cloud. Access to this data can be paramount for the government to find and eliminate any possible threats. However, this data needs to be accessed in a correct manner, not through backdoors which are inherently insecure.